He was determined to live a healthy life and didn’t give up until he found a kidney donor to help save his life. He used advertising to find a matching donor for 2 years and finally he got a new kidney and a lifelong friend.

Joshua Surovey’s kidneys failed in 2012 due to complications from high blood pressure caused by obesity. Instead of getting disappointed or wait for a donor he decided to shed some overweight in gym. After losing more than 100, pounds, he was physically eligible for surgery. That’s when he started searching for the matching donor with ‘O blood type’. When none of his family was eligible to donate the kidney, he has extended his campaign to the streets. He waved the sign that reads “Kidney Donor Needed, Blood Type O, A New Kidney for Joshua”! Although several people stopped by, none of them were helpful for Joshua.

He also had a magnet on his car, and that’s what caught the attention of a lady named Bruen. When she saw his car parked at Gold’s gym, the 33 year old mother of two was compassionate enough to help the man. She went ahead and got the test done to become a kidney donor and the tests were all in favor for Joshua. Finally after years of perseverance, he received the answer for his hard work, when Bruen agreed to donate her kidney.

Bruen’s kidney was a perfect match for Joshua and her healthy kidney starts working just after an hour of transplantation. The 30 year old received his new kidney on April 5 and for the first time in six years, his future was looking bright with health!After the successful surgery which was held at Vandebit University Medical Centre; both of them are back to their home in Clarksville.

He was glad and happy to thank her for giving him one of her kidneys. She was seen visiting him at his hospital bed and he is very happy to have such great friend who was ready to spare a part of her life to save him from the lengthy dialysis ! Surovey and Bruens are getting stronger every day and recovering very fast.

I can surely say that their awesome friendship will continue functioning well! God bless both of you with great health and longevity! 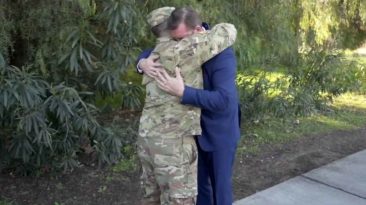 When Steven Marec had to pick the best man at his wedding, he had no doubts who it would be- his best friend who was... 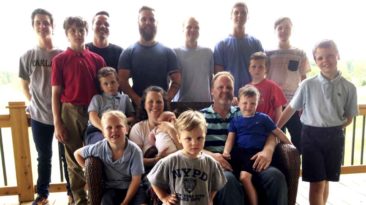 Couple With 14 Sons Welcome First Daughter: ‘She’s The Greatest Gift We Could Ever Imagine’

A Michigan couple was blessed with a baby daughter after having 14 sons. Kateri Schwandt and Jay welcomed daughter... 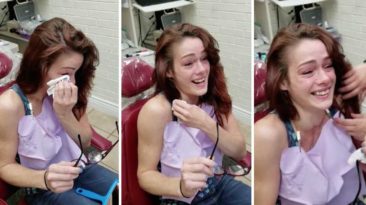 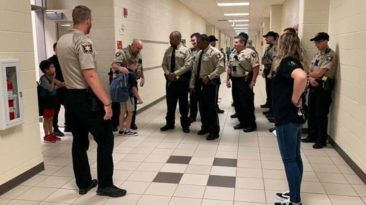 Georgia sheriff’s deputies are winning hearts as they went above and beyond to escort the 9-year-old son of a fallen... Such a brave and loving dog, that gave up its life to save its best friend from burning fire and kept her safe until... A loving husband named Lance stands up publicly to propose again his wife of 20 years and his extraordinary expression...