The parental heart of a police officer was much in demand to comfort an infant during a fatal rollover crash. A photo of him comforting a 3 month old baby after a frightening car accident has captured the hearts of Americans. The kind police officer exhibiting the heart of a father and loving a family during the time of crisis is worth loving!

That day the Dallas Police officer Donald Boice  had already responded to one fatal car collision on his shift and this was the second emergency call for him. This time the vehicle had overturned with two adults and three children trapped inside.

Boice could scarcely bear the thought of yet another fatality. “Honestly, my thoughts were just, ‘Please, God. Not another one tonight,’” he said..

Even though the call was assigned to Sheriff’s office, Boice was compelled to stop to rescue the victims. As a father of three boys, Boice was kind to go from cop to parental real quick. By the time he reached at the crash site, the three children ages five, two and three months has already been removed from the vehicle. When he saw chaotic scene around him he was compassionate to hold the woman’s baby while she received treatments.

Boice scooped baby Jackson into his arms and shielded him and his siblings from the trauma of the accident scene. He then began singing to Jackson, the same words he used to sing to his own children when they were babies! His own explanation to do the same is the answer that everyone love to hear…

“That could be my child, too,” Boice said. “And I’d want someone treating my child the same way.” 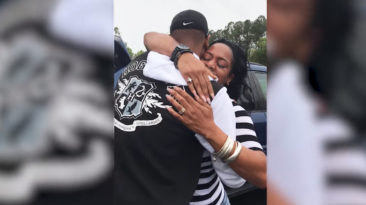 This is the heartwarming moment, a navy soldier meets his mom for the first time in 2 and a half years. Lee has been... 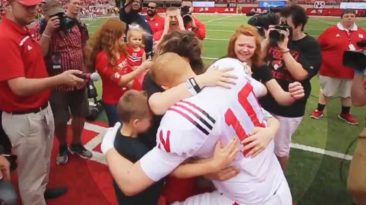 Military Dad Dresses Up As Football Player And Surprises Family

When Staff Sgt. Matthew Hawke got a chance to visit his family after a 10-month deployment in Afghanistan, he decided... 64-Year-Old Man On Phone With Birth Mother For The First Time, Just 3 Words Leaves Both In Tears

Through out his life he was curious to know about his ancestry and started digging it until he reunites with his birth... World War II Veteran Gets The “Best Christmas Present” From a Stranger At Grocery Store!

A simple gesture of love can make a huge impact on human’s heart. A 93 year old world war II veteran is so happy to... 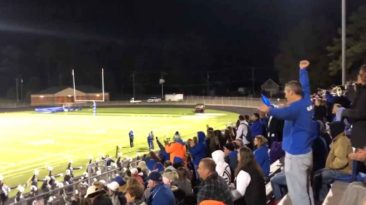 ‘Cheer Dad’ Rooting For His Daughter Is Simply Adorable

Hekili Holland or “Cheer dad” is a viral sensation and and his cheer routine has been watched by almost 3...