Woman Rushes Into Police Station With Lifeless Puppy. See What Happens Next

The kindness and dedication in serving the community at any critical situations is aptly fulfilled by a group of Massachusetts police officers. When a woman rushed with her lifeless puppy to the police station, she had no clue on what to do and how to do to get back her pet back in life! But a group of kind police officers rushed out from around the counter and started giving the pup back blows and chest compression to help help him breathe again!

It was ordinary Sunday at the North Reading Police Department when Megan Vitale rushed into the building saying her puppy had stopped breathing! Her 9 week old Saint Bernard puppy named Bodhi had gotten a piece of food lodged in its throat. The puppy was limp and unresponsive when her acquaintance brought him in the station.

The heartwarming video shows that the police officers are trying with the emergency resuscitation procedures to save this tiny creature. They could finally get through with their mission as the obstruction became dislodged and the dog started breathing again. Carrying the puppy in their hands they have even given some oxygen before the owner took him to a veterinarian for further treatments!

“Ultimately, a life was saved, thanks to rescue falling back on their training and remaining calm. Even though we are not faced with this kind of incident every day, the officers reacted just as they would in any emergency situation”, said police department Chief Murphy.

Feel free to pass this on ❤️ Such an encouraging spirit and an admirable personality! 10 year old Lilly Biagini of Santa Rosa, California is... 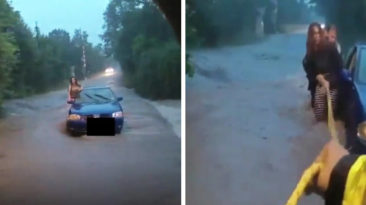 Flash floods often catch people off-guard and can cause massive loss of lives and property. It was the evening of May... An NFL player from Lawrence County came back to town to take a teen with Down syndrome to prom. 27 year old Don Jones... 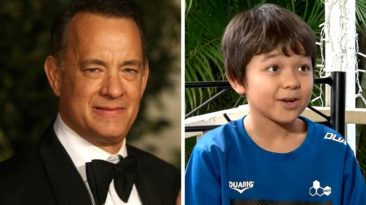 An 8-year-old boy who faced bullying due to his name is receiving an outpouring of support after Tom Hanks sent him a... 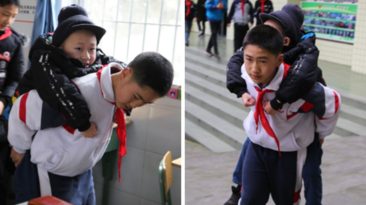 There is no power stronger than the power of true friendship. This is exactly what Xu Bingyang, 12, shows as he carries... 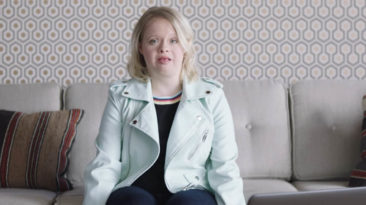 A group of people with Down Syndrome released this humorous  ad that shows, what does “special needs”really...