A quadriplegic man has delighted the people by playing the national anthem with an instrument he designed himself. The musical device, jamboxx, was created by him to overcome his paralyzed disability! His trumpet like rendition of the hallowed tune made the crowd to go wild and the video of him playing the jamboxx will surely take you to the same spirit!

56 year old Dave Whalen has been paralyzed from the neck down since he endured a skiing accident at the age of 18. During the dire situation ,his passion towards music becomes a quick remedy for him to overcome the disability. Jamboxx is a harmonica like musical instrument that can be attached to a computer and allows people with little mobility to create music with their breath. Since Whalen doesn’t have the use of his hands he has used jamboxx hands free brackets to play music and moving the mouthpiece left or right determines which note is played.

The stunning video shows the man is playing his musical device at the Times Union Center in Albany, New York. As a means of kicking off the Albany’s empire’s second home arena football game, he has performed the “Star-Spangled Banner” on his jamboxx device!Whalen uses his unique device not only for music, but he also uses it for breath controlled painting and for controlling a commercial robot that was mounted to his old wheelchair!

What an incredible invention and innovative idea to overcome the odds of life and make people merry !

Quadriplegic Dave Whalen crushes the national anthem at the Times Union Center for the Albany Empire game with his new musical device, the Jamboxx.

Jamboxx is a harmonica-like device that attaches to a computer and allows people with limited mobility to create music through sipping and puffing motions. Moving the mouthpiece left or right determines which note is played.

Because he does not have the use of his hands, Whalen used the Jamboxx’s hands-free bracket. For tonight’s show, his Jamboxx was set to play the trumpet via electronic synthesizer.

The Jamboxx is now commercially available in a number of styles that are designed, manufactured and assembled in Albany, N.Y.

Whalen, 56, of Scotia, N.Y. has been paralyzed from the neck down since a ski accident at age 18 but that can't stop him from making music.

For information about Jamboxx, visit: https://www.jamboxx.com/ 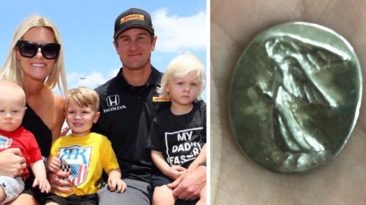 God’s word says that we all have our own personal guardian angel who looks over us at all times. So when American... 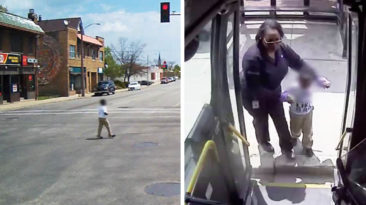 A Milwaukee bus driver is being praised because of her presence of mind in saving a little boy from wandering into busy... 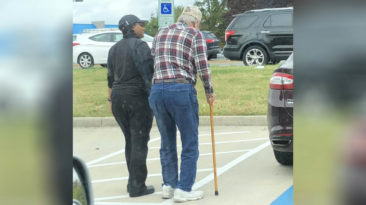 Elizabeth Chandler was passing by the Burger King in Mechanicsville, Virginia, when she saw a heartwarming scene of an...

Tap And Irish Dancers Joins For a Dance Battle And The Result – Amazing!

I got amazed when the tap dancers stepped out on stage. But what happened next really surprised me. The Irish dancers... 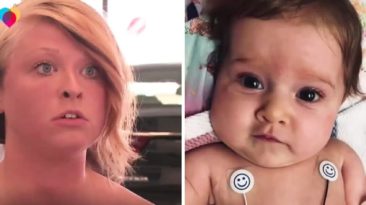 The employees of the Kia dealership in Topeka, Kansas proved they are real life superheroes when they managed to save a... 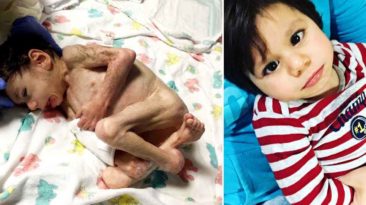 Starving Orphan Was About To Die, But God Sent An Angel To Save His Life!

Ryan Morse weighed just 8-pounds when he was 7-years-old. He was living in an orphanage in Bulgaria. But he was...