Due to the delayed flight, an Army Soldier was helpless to reach home in time for his wife’s delivery. He ended up watching his child entering the world from the airport over FaceTime. The touching moment was captured by a fellow traveler on the same flight and the entire airport joined to cheer with him!

The fellow traveler, named Tracy Dover who has fetched this heartwarming video posted it on his facebook is truly good …“This Army soldier was on my delayed flight home yesterday to MS.He had to watch the birth of his daughter on FaceTime. He was crying and our hearts were breaking. We all gave him space. When we heard the baby cry, we all rejoiced for him. I wanted to share this because I never want us to forget about our soldiers who serve us everyday and the sacrifices they make.”

The Army Officer Brooke Lindsey was schedule to take off at 3.55. But “LUCKILY” his flight was delayed to 5.45. Without that delay he would have been in the air and unable to FaceTime the one time chance of his child’s birth! When Brooke’s mother came to know that his flight is delayed, she secretly FaceTimed when his wife began to push. Realizing what was going on in secret, the kind doctor allowed her to show him what was going on through the camera…

“Brooks was telling me it was okay, and I was doing so good and I heard him wincing and saying ‘wow!’ through my pushes. I could hear people in the airport talking and cheering! Brooks then went on to say that they were making him board and needed to get off as soon as she finally started to crown and all I remember was my doctor screaming ‘Don’t let him board the flight! She’s here! She’s here!’ So, the airport personnel let him sit there and watch till it was over!” His wife Heley recalls the entire episode of her delivery..

Finally the dad could land at Jackson at 7 pm and his child named Millie Fritz Anne Linsey was born at 5.23pm. The happy dad was excited to pick his daughter for the first time at 7.20 pm with a great sigh of relief!

“Wow I can’t believe we just had a baby”.

Who thought the delayed flight was overloaded with such lovely excitements! Millions are now viewing the photos of Brooks at the airport and the people are sending sweetest messages to the happy family! I am happy to join with their happiness…Congratulations to the blessed family! 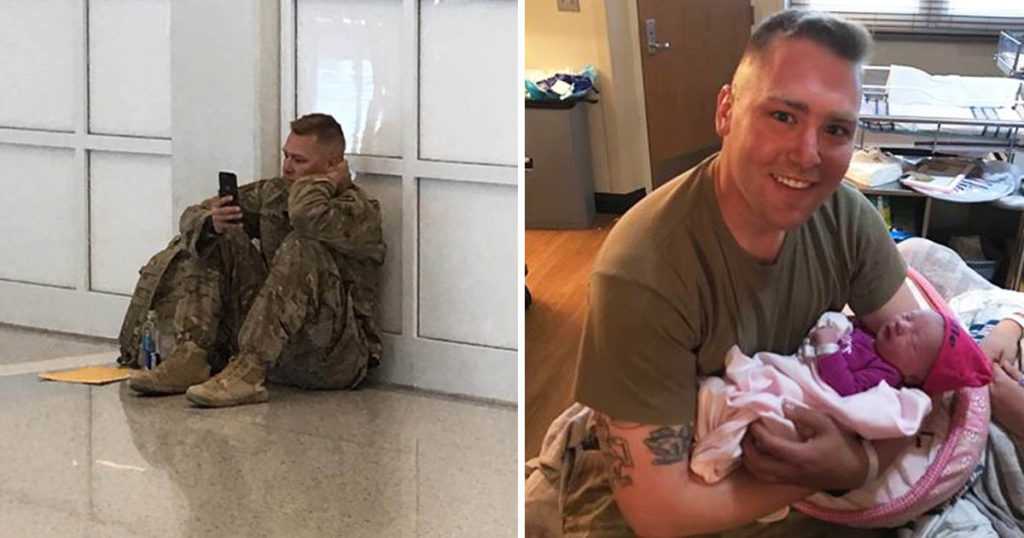 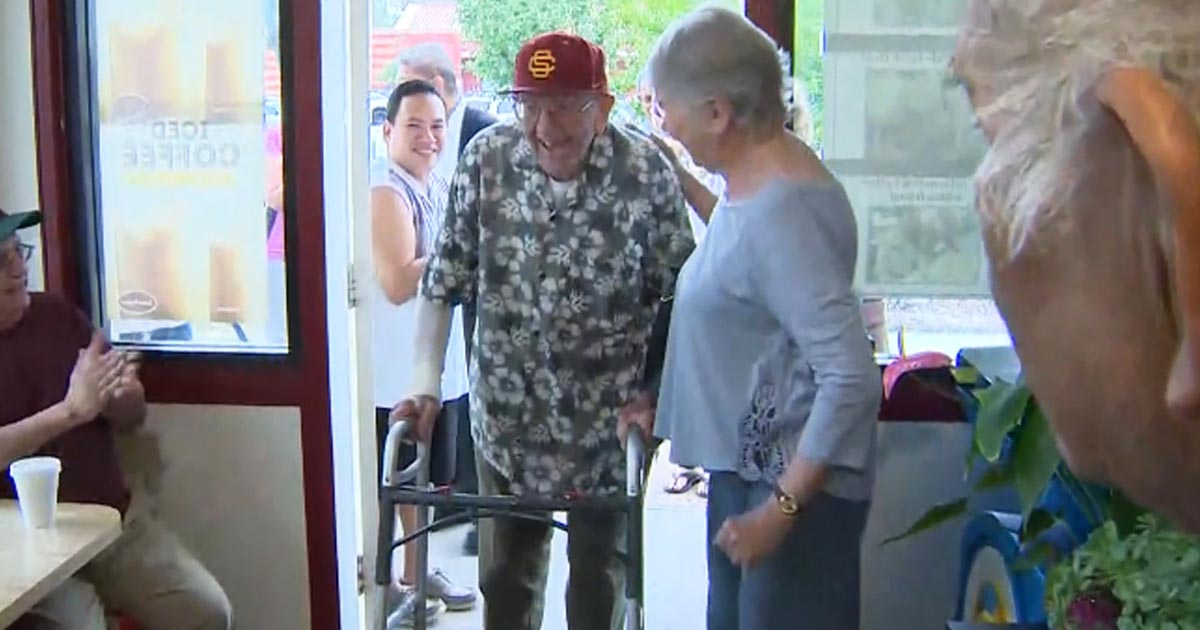 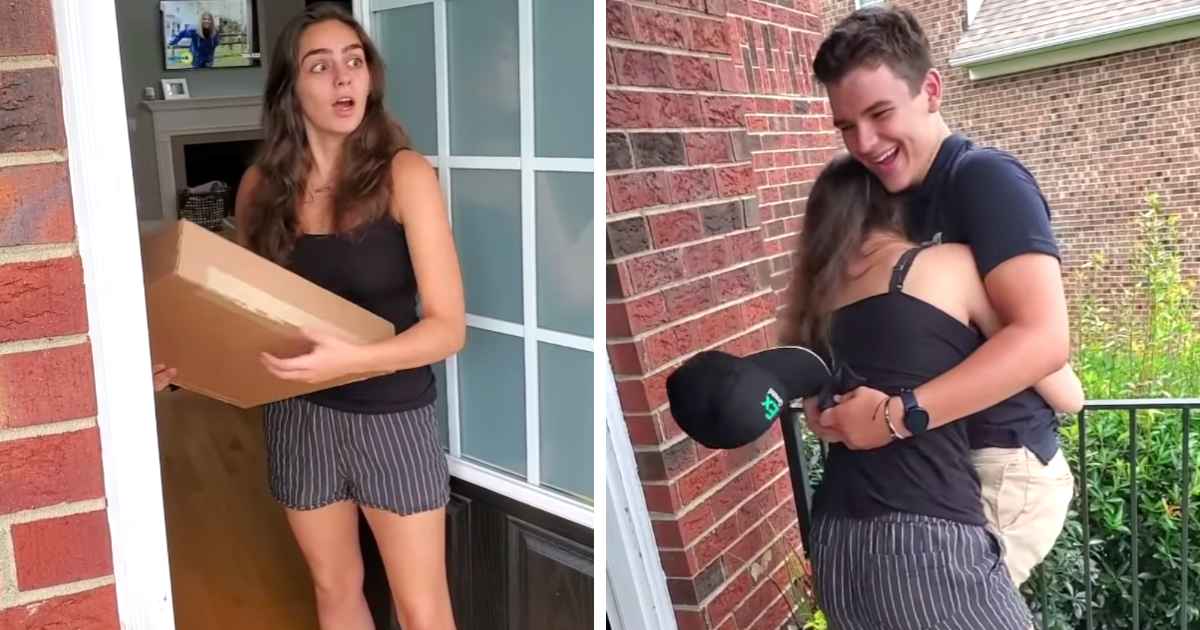 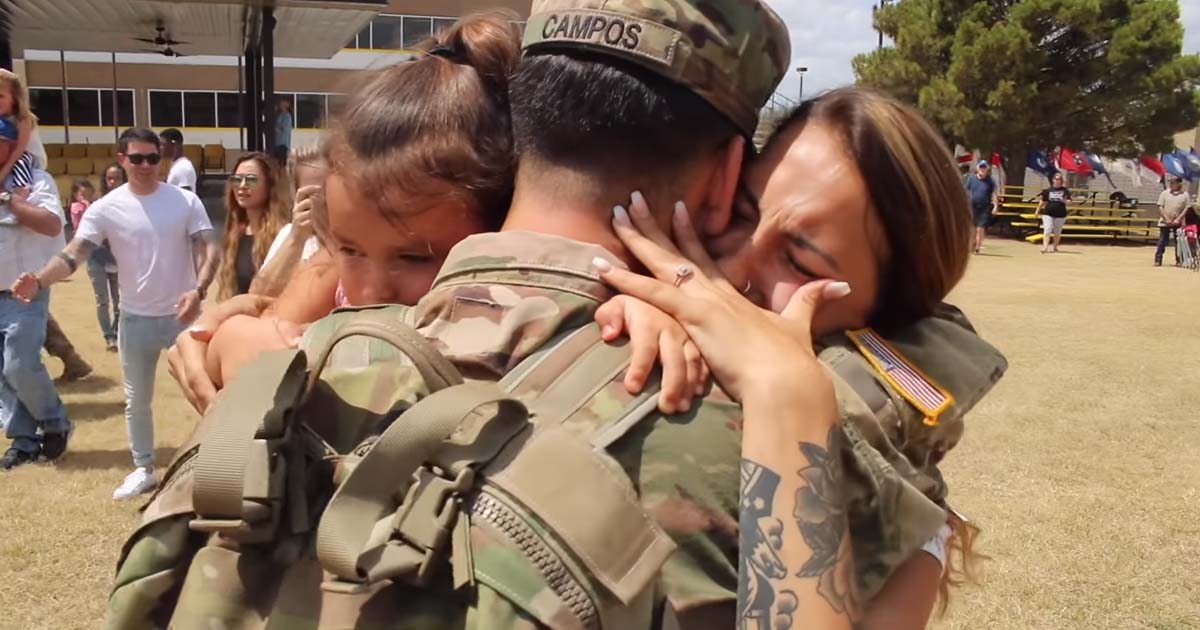