A pastor in Mexico has used the ministry of packing shoeboxes for Samaritan’s Purse, to share the gospel of Jesus Christ to an entire village of un-reached people. 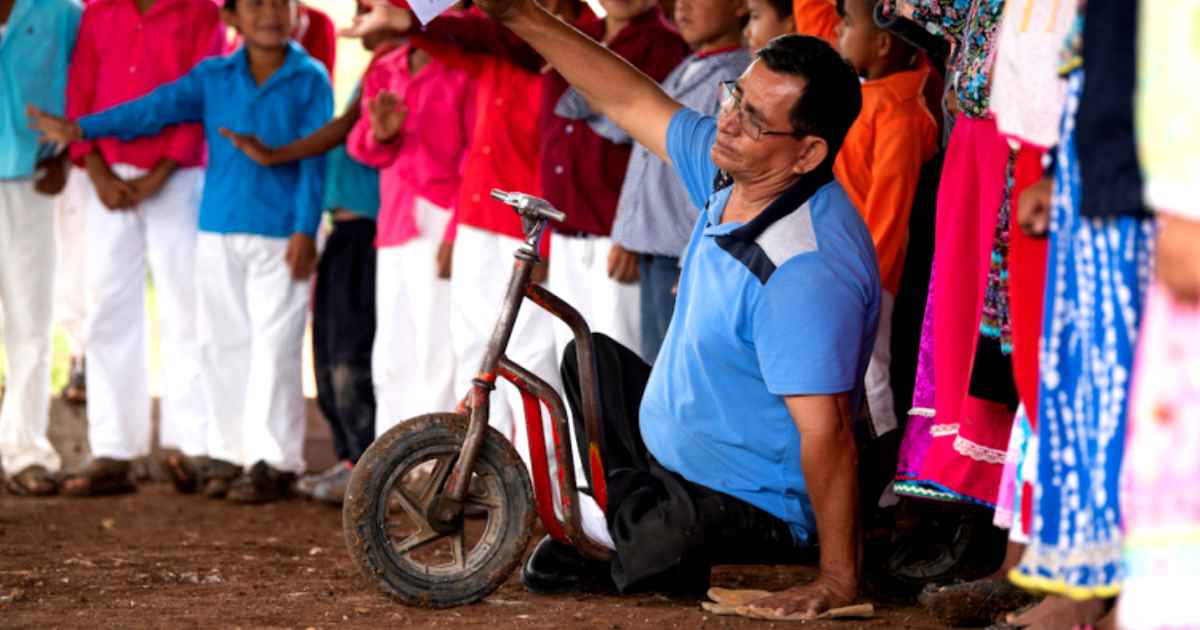 Operation Christmas Child, a project of Samaritan’s Purse, helps spread the word of God across the world, when shoe sized gift boxes filled with toys,school supplies, hygiene items and booklets with the good news, are sent to 160 nations, including 50 of the most difficult ones. The boxes are delivered to kids in need around the world which opens the door to evangelism to the next generation.

La Laguna is a place where indigenous people called Mexicaneros, or the Nahuatl people, live and these people have never heard the gospel before. But after the Tequila resident pastor Jose Benitez brought the gospel there, it has changed the spiritual climate of that place forever with the village dedicating their first church on the mountain in October of this year. 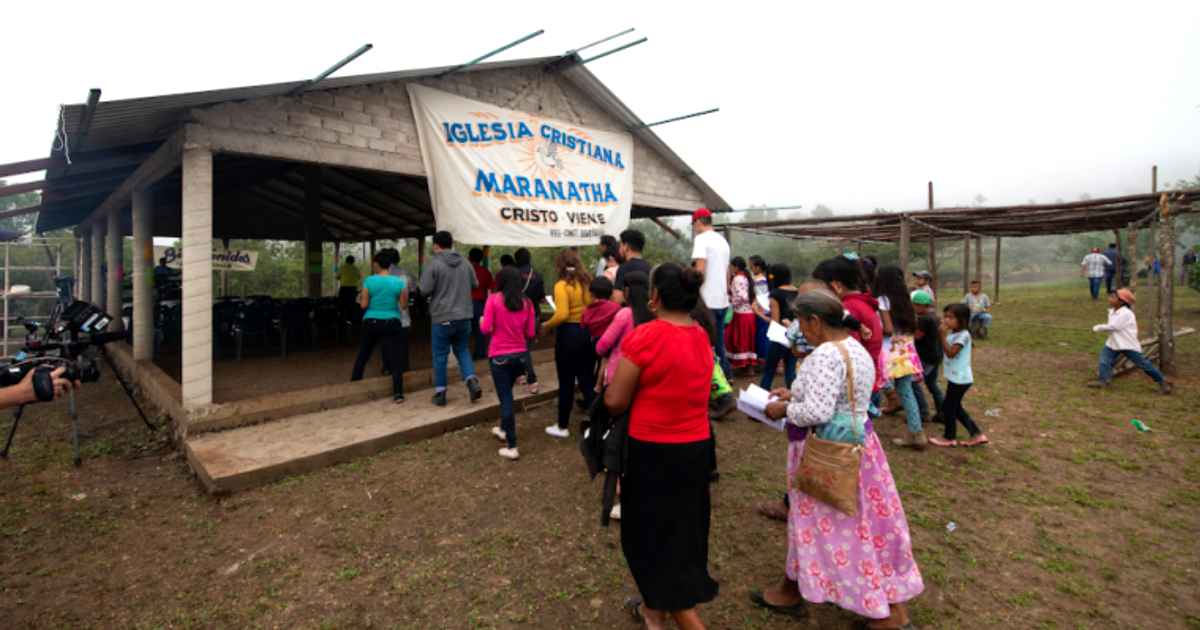 Along with a small team from Samaritan’s Purse Operation Christmas Child and Edward Graham, grandson of late evangelist Billy Graham, there were a hundred professing Christians present there.

Even though Benitez is disabled as he contracted polio when he was 2 years old and has not been able to walk, he didn’t allow it to stop him from his call. He has risked his life repeatedly over the years for a six-hour trek up the mountains to La Laguna to witness to the people there. The evangelist decided to host an Operation Christmas Child shoebox giveaway in La Laguna which resulted in a hundred children accepting Jesus as their Lord and even played little ministers by bringing their families along at La Laguna’s church dedication ceremony.

Benitez shared in an interview about his background and how he came to Christ. “It was 42 years before I received Jesus in my heart,” He said he was living a life of drunkenness traveling around town with a group of musicians. “God changed my life,” he declared. He has to travel on a scooter as he cannot use his legs, and came to faith after overhearing an evangelistic event in Tequila. He remembers hearing a young girl singing the lyrics “I have a friend that loves me and my friend is Jesus Christ.” He took baptism after that event.

“The Lord told me, I want you here in Jerusalem,’ in my neighborhood, ‘You’re going to begin to work there,’” Benitez said. He started “knocking on doors” after hearing from God.
“This is a calling, I saw a lot of need in my town and I said, ‘God, I want to proclaim Your Word, send me,’ and here I am. There are a lot of families, a lot of kids that have received Jesus Christ through my life,” he testified.

After ministering door to door, Benitez was given a half-hour radio show which reached people all across Mexico, even high up in the mountains in La Laguna, which was at that time a violent place, with weapons, killings, and drugs. Soon he got a letter from a local woman there named Eusebia, who said his radio program transformed her and wanted him to come to La Laguna as no one there had heard of Jesus. He did not have a vehicle at that time to take him up the mountains.

God was going to do a marvelous miracle and answer Eusebia’s prayers, as the pastor received a truck. “The Lord provided a truck. It arrived in front of my church. I did not know this person, but He received a word from the Lord and said I’ll bring this truck. Then he left and to this day I do not know who he was,” Benitez said. “Through that truck, I was able to come [up] this way.”

When asked about his inability to walk, he said, “I did not know my father or my mother [as a child], they died, so there were no resources for me to see a doctor. There were no vaccines. So I grew with this physical challenge. I used to crawl to get around,” he shared.

He was gifted a scooter by a local politician who saw him crawling, and since then has used it to get around. “These are my feet, This is transportation, so there’s no limitation for me to bring the Word of God,” Benitez declared. He used to visit Eusebia’s village many times but never got real fruit.

Then he heard of Samaritan’s Purse and their project Operation Christmas Child and decided to partner locally with them and make a real impact in La Laguna. With the generosity of the donors who give gift boxes, he has been going to the village for 10 years to share the gospel of Jesus Christ with the villagers. 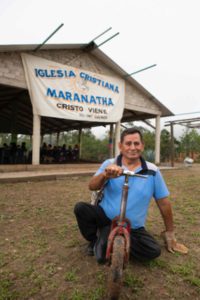 After the launch of Operation Christmas Child’s 12 lesson discipleship program, The Greatest Journey, which takes children further into discovering what it is to follow Jesus and how to share that with their family, the pastor has seen many people accept Jesus as their Lord and Savior. “That way, we have won many children for Christ and this is proof,” Benitez said of Operation Christmas Child.

He said that they have two large communities which work with around 200 children in two towns, and those children will continue to share the Gospel. What a beautiful impact the donors of Samaritan’s Purse Operation Child Project and Pastor Benitez’s ministry has had on a small but difficult village of La Laguna. Let us use the remaining time of the year to reach out with the word of God and generosity to win the lost for Christ. 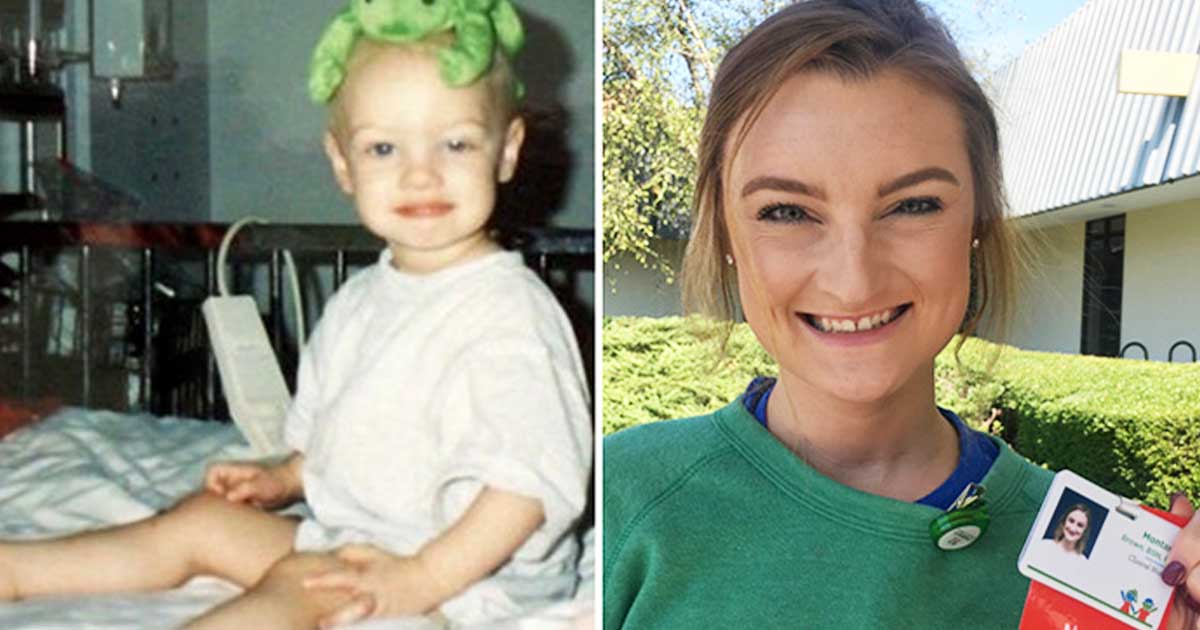 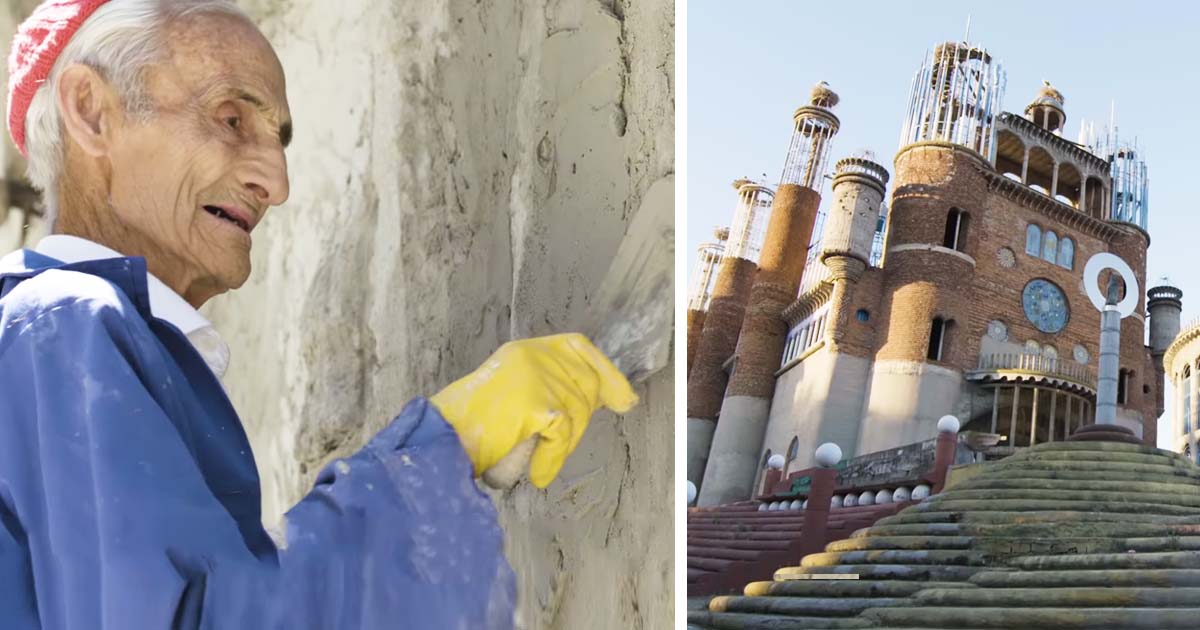 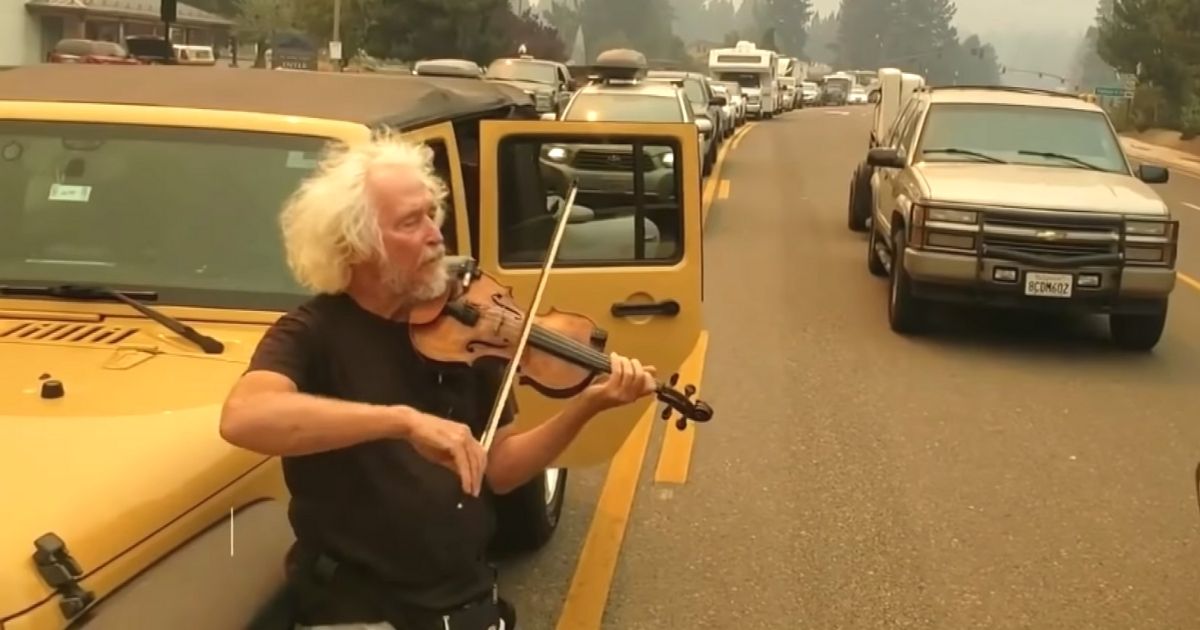 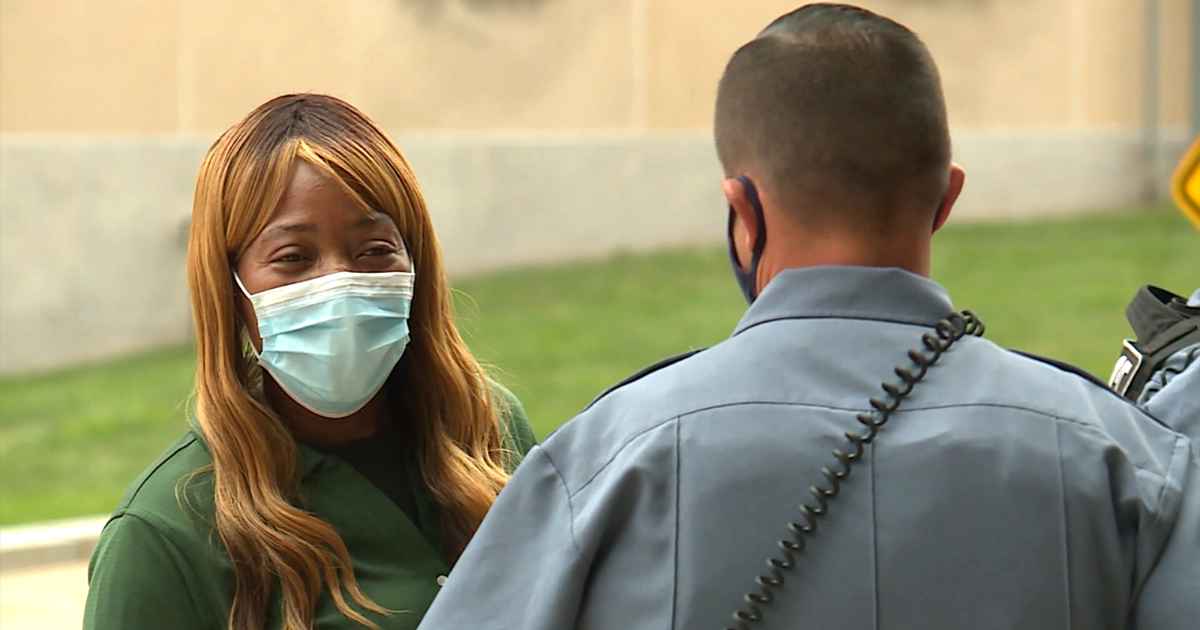 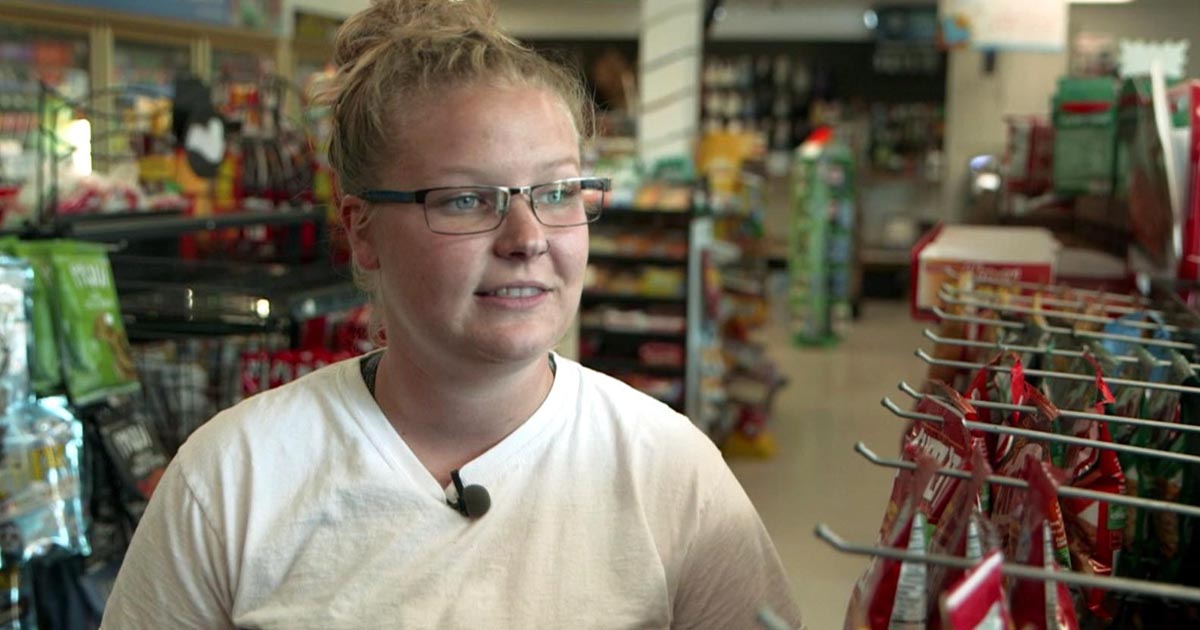