A heartwarming video of a little girl in a dance-off with her grandfather is warming the hearts of people during this time of self-isolation due to the novel coronavirus pandemic. 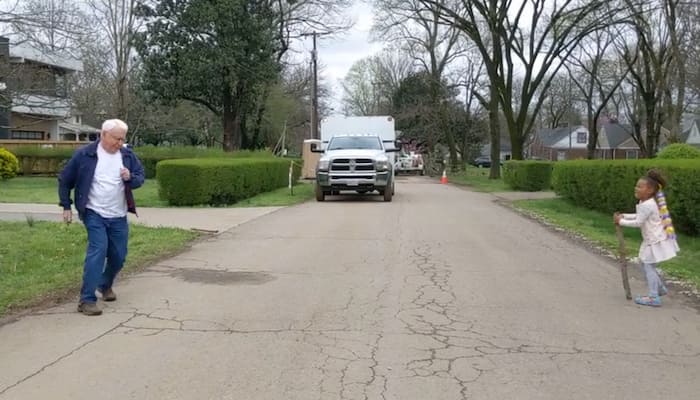 Kira Neely, 6, loves to spend time with her grandfather, 80-year-old Marvin Neely, every day. They live just across the street from each other in Nashville, Tennessee and play together, walk together and do activities together at Kira’s school, according to mom Sherrie Neely.

The ongoing crisis has caused them to be indoors to keep safe and when they got out to see each other, they had to maintain social distancing, with each of them standing across the street from each other, safely 6 feet apart.

They decided to have a dance-off between the granddaughter and grandfather. “She was very much up for the challenge and had her game face on and my dad of course immediately embraced it,” Sherrie Neely said. “My dad would do anything she asked him to do. Dancing had not been one of those things but I was surprised at how good he was.” 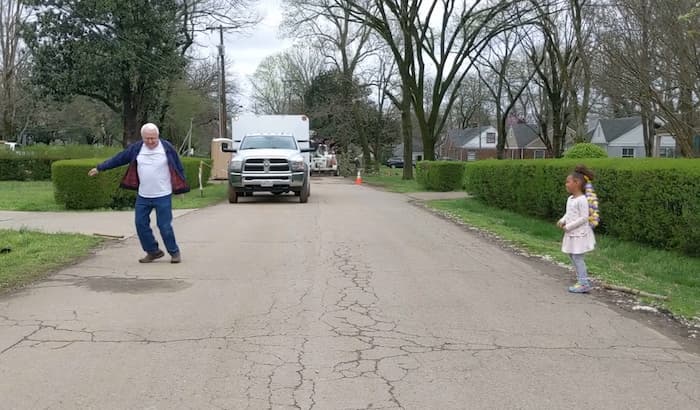 Marvin Neely and his wife Gayle, Sherrie Neely’s parents and Kira’s grandparents, moved across the street from their daughter and granddaughter when Kira was born. Marvin would walk Kira in her stroller every morning when she was a baby and now attends all of her activities, including father-daughter events at her school, according to Sherrie Neely.

“It’s been a really special relationship because otherwise, it would just be the two of us,” she said. “Having mom and dad next door, it’s been such a wonderful thing for Kira because our family is larger.”

I haven’t posted on fb in forever…but I love this video so much! This is the street that separates my house from my parent’s house, and is typically crossed multiple times throughout the day. Kira loves her “Papa” so much and they’ve now started daily “dance offs” since the virus is keeping them separated. My Dad is turning 81 years old next month and I’ve never seen him dance, but he’s really putting forth great effort and has some special moves!!!! 😄 I’m sure the workers think we’re crazy!!!

Kira’s kindergarten class began virtual learning in mid-March and Sherrie said she and Kira began social distancing from her parents because she worried about infecting her parents “at such a vulnerable age.” Kira was upset at not being able to hug her grandparents or bake a cake for her grandfather’s upcoming 81st birthday, but they are working it out.

“We did FaceTime once but it’s easier to just go outside and talk to them,” said Sherrie Neely. “My dad sits outside in a chair and just watches her play and sometimes they kick a ball back and forth and she’s been able to draw pictures and hang them up for them to see.”

“Sometimes we just sit out there and talk with the distance between us,” she said. We all can relate to their story as we too face the pain of being separated from elderly family members during this crisis, but we can learn from them on how to stay in touch while maintaining social distancing. 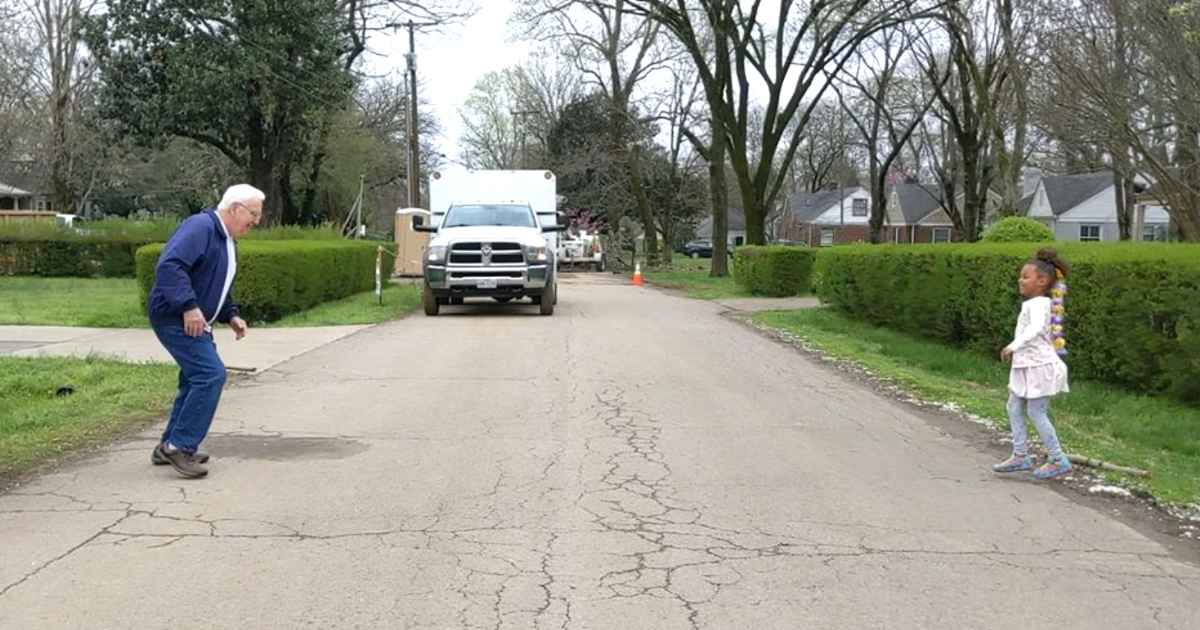