A 6-year-old boy is sending social media into meltdown after he shed tears while thanking his football coach for his hard work. 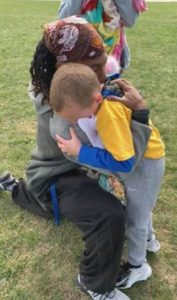 Jayden, is in first grade at Charles Elementary School, he surprised his coach with a gift and a heartfelt letter to thank him for making him love the game again.

The heartwarming clip was recorded on the school’s playing fields in Richmond, Indiana, shows Jayden getting overwhelmed with emotion. 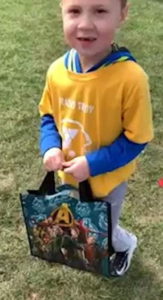 ‘Thanks, buddy!’ Coach Nelloms says as he hugged Jayden, thankful for the gift. But Jayden also had something else for his coach.

‘Hold on, he’s got a little note he wrote you,’ Jayden’s mother, Courtney Wigginton, can be heard saying as she records the surprise.

The little boy then reads aloud the letter he had written for Nelloms, ‘Dear Coach Richard, you have been the greatest coach of my life. I love you Richard,’ Jayden reads, but his voice begins to quiver. He read, ‘You help me love football again. Thank you for being my favorite coach. Love, Jaden.

He broke down into tears and was again hugged by Nelloms.

Watch the heartwarming video below.

Jayden, a 1st grader at Charles Elementary School in Indiana, reads a special letter to his football Coach

This is so pure I’m crying 😭

Coach Richard is a HEROIC Coach

Nelloms shared the letter on his Facebook saying, ‘I held it together when Jayden was reading to me. But after I watched it, I couldn’t hold back my tears,’ he says.

‘This was something that I felt so lucky to have an opportunity to do … I felt blessed with the chance to be myself and teach my players how to have fun no matter what.’ 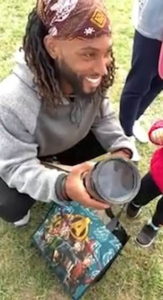 Jayden’s mother Courtney shared about all the love and amazing responses she received when the special moment went viral. ‘I just wanna take a moment from all of this chaos and say, our hearts are overwhelmed! 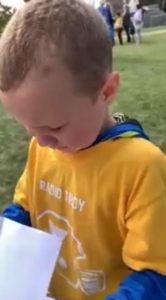 ‘The love and support Jayden, Rich and myself have received is unreal and I can’t say thank you enough,’ she added. This is the sweetest video we have seen all day and it has made our day so much brighter. Hallee Sorenson, a Bangor native of Maine has autism. She invited all her friends to her 18-th birthday party and had... 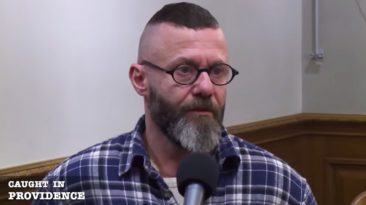 Judge Turns Sympathetic To War Veteran, Drops Charges And Thanks Him For His Service

A judge turned sympathetic to a war veteran in court facing charges of running a red light when he got to know that he... A terminally ill man was fortunate enough to meet his newborn great granddaughter to say “ My life is now complete” ... 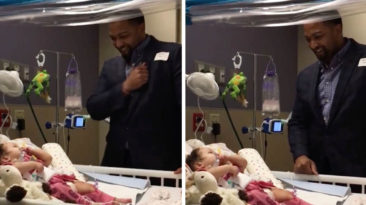 A heartwarming video of a dad and his sick 7-month-old daughter sharing a chest pound as he leaves her lying in a... A passionate equestrian is currently fighting for her life in a hospital bed and her peculiar interest is fulfilled by... 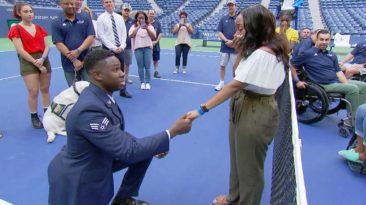 This year it was the 50th anniversary for the US Open, and the celebration included the 7th annual Military...