Ina sweet gesture for his 8-year-old patient who was going for surgery, a neurosurgeon stitched up his teddy bear.

Dr. P. Daniel McNeely, a neurosurgeon in Halifax, stitched up a teddy bear for a little boy who was about to go into surgery. 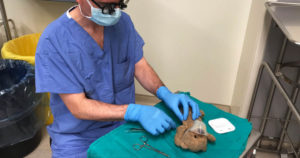 “Patient asks if I can also fix teddy bear just before being put off to sleep… how could I say no?” McNeely said.

He was about to perform brain surgery on Jackson McKie, who has a cyst on his brain with a serious condition called hydrocephalus.

But just before the surgery, the boy told the doctor that his bear was ripped and needed to be stitched up.

So the kindhearted Dr. McNeely asked the nurses to prepare a small table with some tools, and used leftover stitches from Jackson’s surgery to patch up the bear. 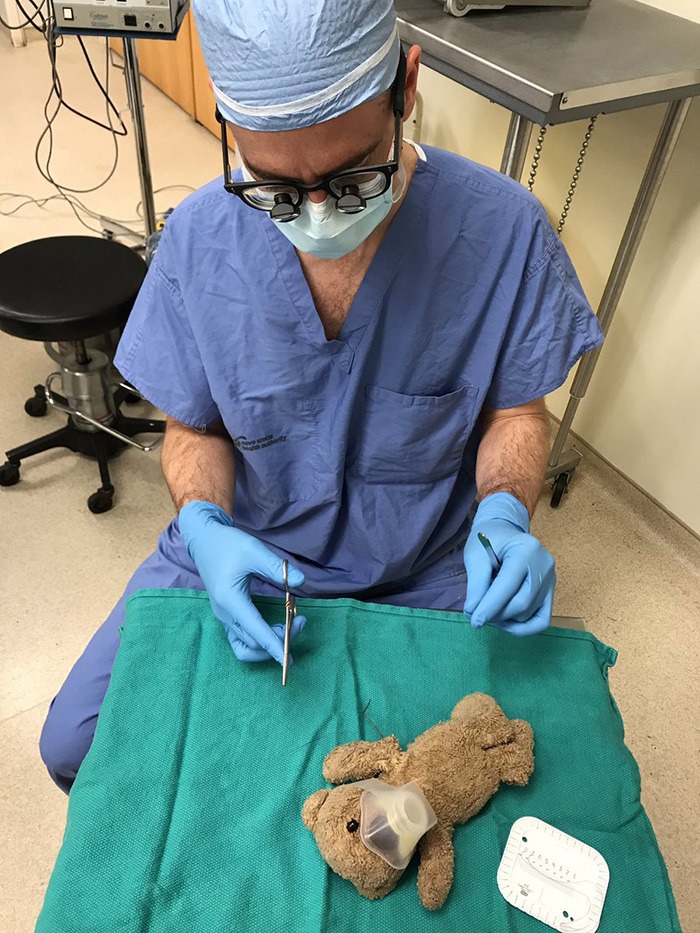 Jackson’s father, Rick, said that the teddy bear was his son’s favorite toy and was always by his son’s side, especially when he’s in pain.

He was very thankful for McNeely as a physician and said “He’s one of the nicest human beings I’ve ever met,” Rick said of Dr. McNeely.

We had a dr. who did surgery on my son when he was about 5 for Adenoids, his most favorite toy was a stuffed Alligator his sister gave him. it was ripping out on the side and a nurse was trying to take it away from him saying too dirty for the O.R., he began to cry & the dr. intervened, chastising her loudly, saying you never upset a patient going into surgery….and he told my son he would repair Stuffy for him and he did….he was the happiest kid ever………….we never forgot the drs. kindness.