A preemie baby who had weighed just two pounds when she was born at 26 weeks old and spent 80 days in the NICU finally went home with his parents.

The baby, Gloria Patten, was discharged from the NICU on Tuesday, two weeks before the due date of her mom, Alana Patten.

“She’s right next to me now. That part has been a relief,” Patten said. “I feel like we can be a full family now.”

Patten, of McAllen, Texas, gave birth to Gloria on Feb. 29, which is also Leap Day. She was just 26 weeks into her pregnancy, her first when she went into labor and had to have an emergency C-section.

Weighing only 2 pounds, Gloria was taken away by the doctors who put her on a ventilator. Patten was not allowed to hold her daughter until nearly two weeks after giving birth.

“She was so tiny and I just remember how painstaking of a process it would be just so I could hold her,” said Patten. “We’d have to get the whole team to come over to transfer her from the incubator to my arms.” 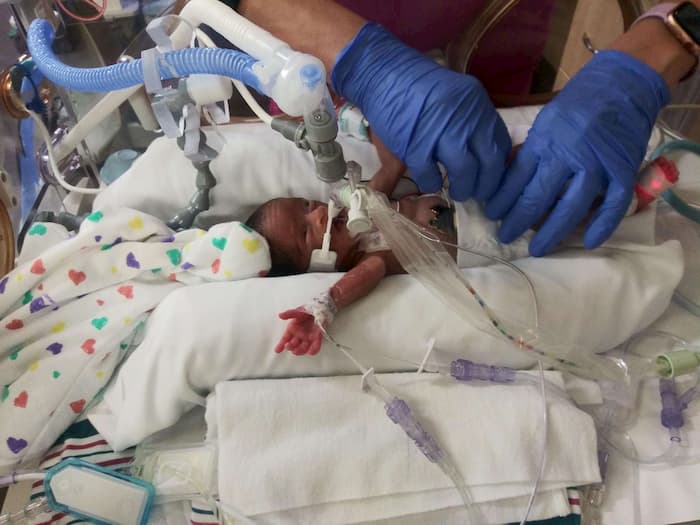 Patten was discharged from the hospital three days after giving birth, but Gloria would stay in the NICU at the McAllen Medical Center for another nearly 12 weeks. Her stay was more complicated for Patten and her husband, Jon, due to the pandemic hitting the U.S. and the hospital put restrictions for visitors. They could only visit her one at a time and only during certain hours of the day.

Patten had stopped working after giving birth, and visited Gloria in the NICU more frequently because Jon, who works in home health care, was worried about spreading any germs to his daughter and other babies in the NICU.

“It was all to keep the NICU safe and we understood that, but as brand new parents, it felt like we were a world away from her,” said Patten, who said she and her husband also had to pay attention to things like budgeting for gas for the 20-minute drive to and from the hospital. “My husband held her for the first time when she came home.” 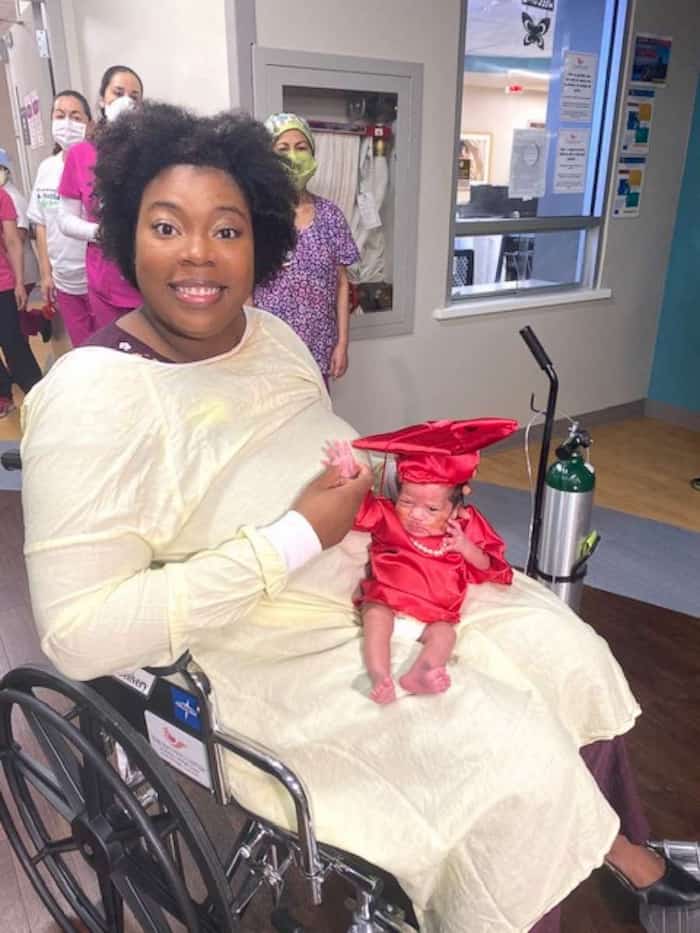 The NICU nurses who cared for Gloria remembered how Patten always stayed connected to Gloria, including calling the nursing station at the start of each shift to check on Gloria, when she couldn’t visit her.

“She provided breast milk all throughout the baby’s stay and she visited almost every day,” said Enedelia Reyna, one of the registered nurses who cared for Gloria. “And they read to the baby all day, which is very important and was heartwarming to watch, to say the least.” 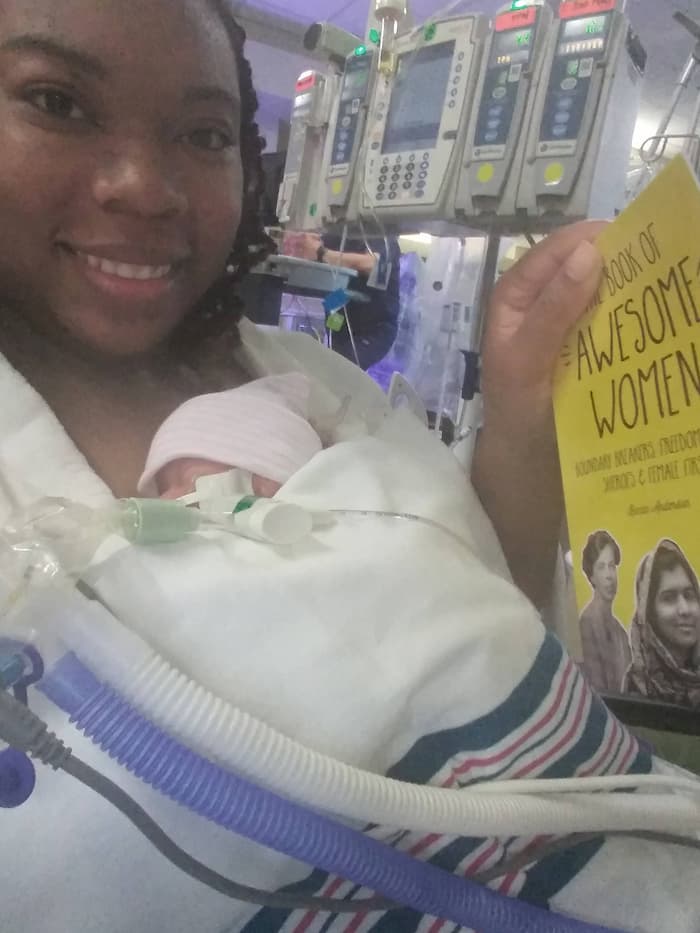 When it came time for Gloria to be discharged from the NICU, Patten wanted to celebrate the achievement in a big way. She sewed a graduation cap and gown for Gloria, and gave her a strand of pearls to wear.

Reyna and the other nurses and doctors who cared for Gloria lined the hospital hallways to say goodbye. 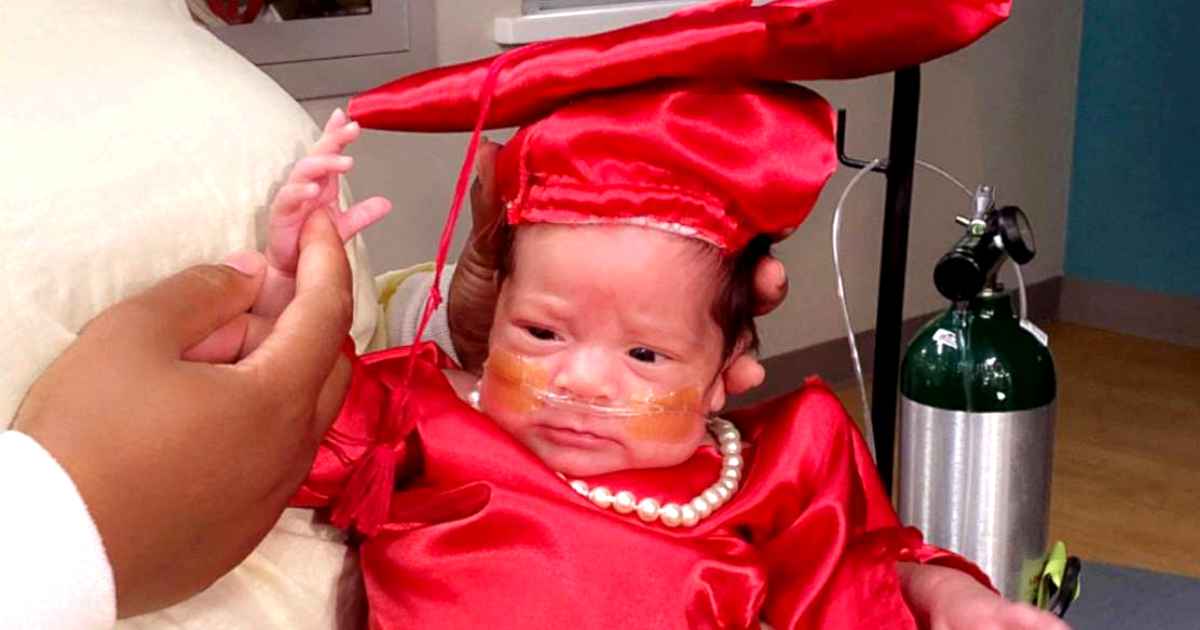 “This is our first baby who really stayed with us during this new [coronavirus] time,” said DeeDee Cantu, a registered nurse and the NICU supervisor. “It was very emotional. There were a lot of tears.”

Gloria now weighs 6 pounds and is breathing on her own, but still took home oxygen for extra support, according to Patten. She will be monitored closely by doctors and early childhood specialists to make sure she hits all the growth milestones.

Patten said her family would remain in touch with the nurses and doctors of the NICU, calling them “part of our family now.”

My great grandson has this dear baby beat. He was discharged after 90 days in new-natal care. Born Dec. 26, at 27 1/2 weeks. Discharged about March 27.