A loyal camel walked 60 miles across the Gobi Desert in Central Asia to find his former owners after they sold him. 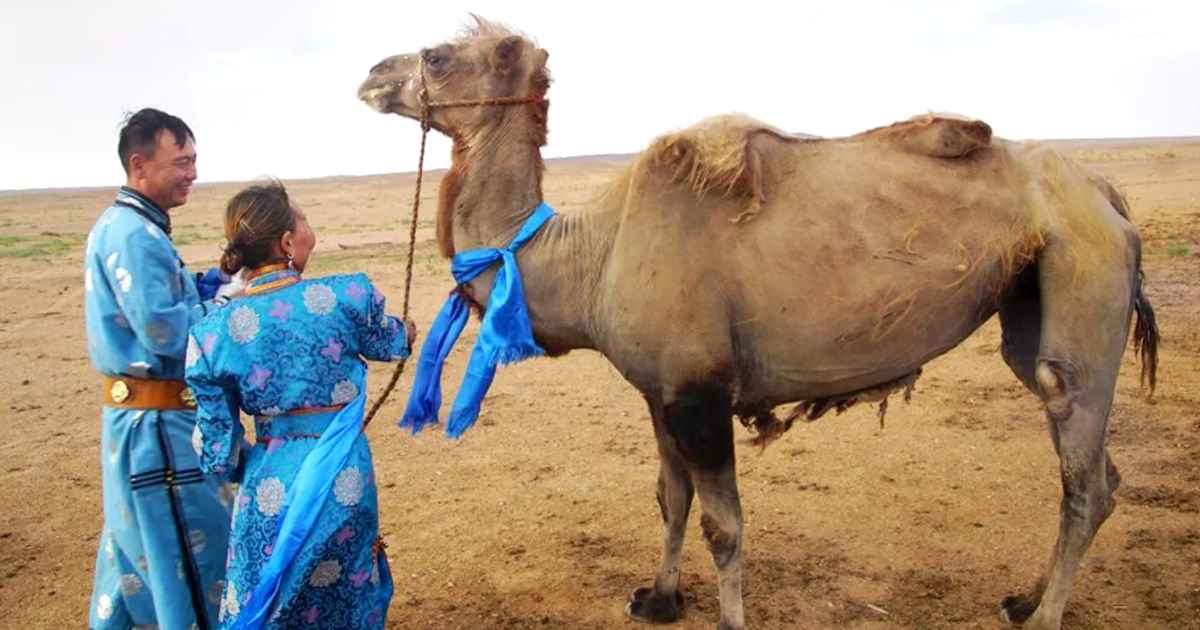 The camel was sold by former owners, Temur and Naren, in Qiandamen gacha of Inner Mongolia to a herdsman who raises camels in Wugai Sumu last fall.

The camel wasn’t able to adjust to the new environment and decided to go back to its former owner’s home on June 27.

The camel trekked across mountains and rivers, climbed over fences, and crossed expressways to get to its destination. 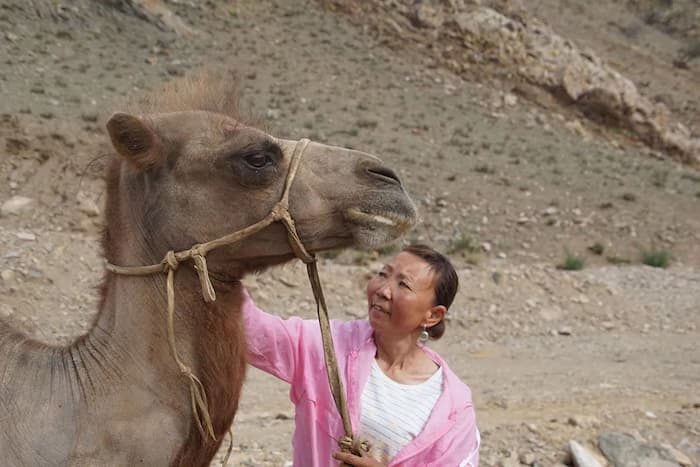 The elderly camel walked more than 62 miles alone in the desert when a herdsman spotted it and contacted its former owners.

The camel’s loyalty touched the hearts of his former owners and they decided to buy the camel back from the new owner. 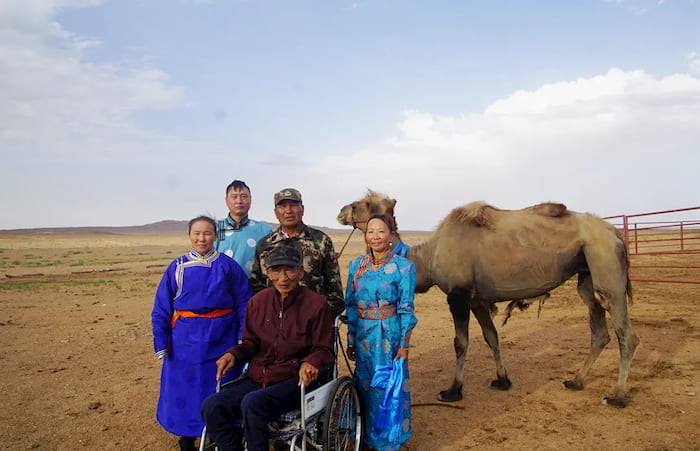 The couple wrapped Hada, a traditional Mongolian ceremonial scarf, around the camel’s neck making it a part of their family. 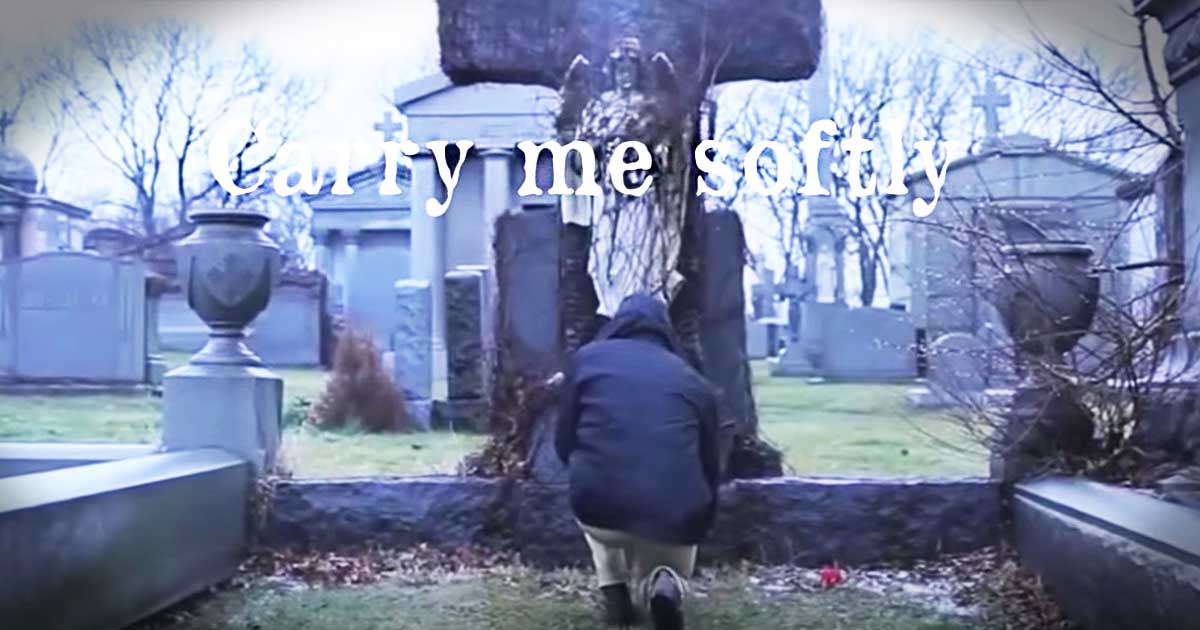