An NYPD officer is being called a ‘hero’ After she saved a little girl’s life and put her own life on the line. 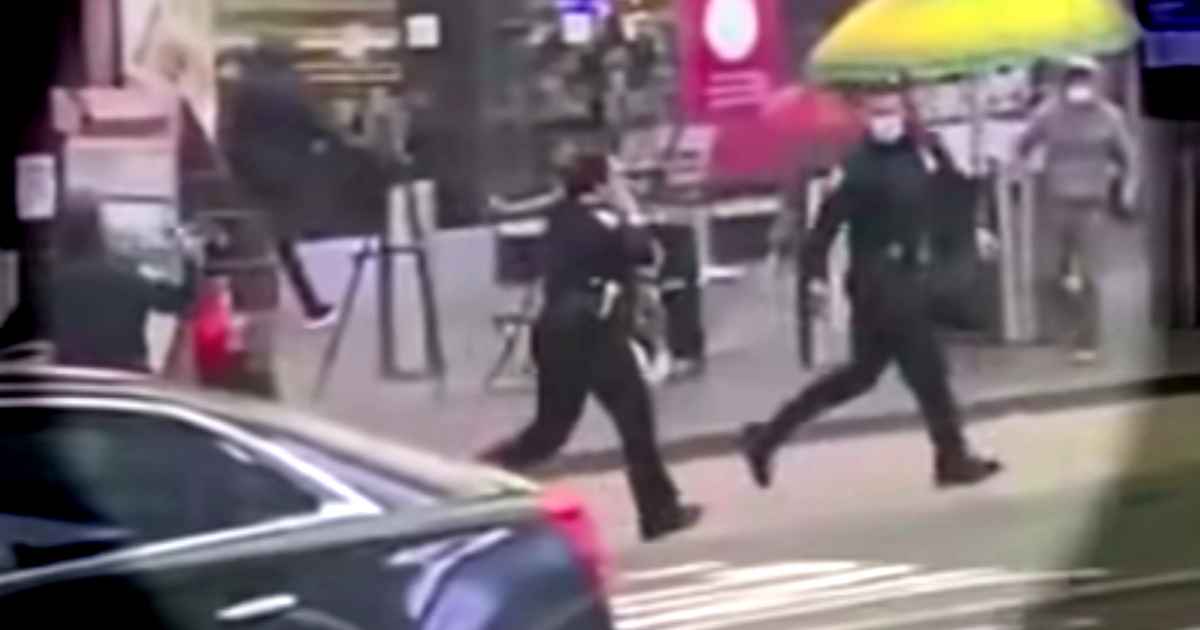 The 4-year-old girl who was shot in the leg in Times Square hardly cried on the way to the hospital, according to the New York City police officer who carried her to the ambulance.

“This little girl was so strong,” Officer Alyssa Vogel said. “She didn’t even cry once except when we were putting the tourniquet on. She screamed because it’s very painful.”

The 4-year-old Brooklyn girl was one of three people hit by stray bullets when someone opened fire during a fight in Times Square at about 5 p.m. Saturday.

Wendy Magrinat, a 23-year-old tourist visiting from Rhode Island, was shot in the leg, and a 43-year-old woman from New Jersey was shot in the foot. All are expected to recover. Police have released a video of a person of interest in the shooting and no arrests have been made as of Monday.

“As a mom, I think my motherly instincts just went to, you know, I need to help her,” the officer said. Being a mother of a 6-month-old boy, she said she tried to reassure the girl’s mother in the moments after the shooting.

“I kept telling her to breathe and that her daughter was going to be OK,” Vogel said. “I kept trying to calm her down because she was obviously very scared.” The girl’s mother ran behind Vogel as she carried the child into the ambulance and then from the ambulance to Bellevue Hospital.

“I actually got out of the ambulance with her and ran her to the pediatrics unit, where the doctors took over,” she said.