The police are there to protect and safeguard human beings from harm, but two kindhearted police officers in Australia went above and beyond to save a drowning Kangaroo off the Australian coast.

Sergeants Christopher Russo and Kirby Tonkin, jumped into the water to pull out the unconscious animal, and bring it back to shore, and even performed chest compression on it to revive it.

“He had less than a minute… he went under and as he came up you could see foam coming out of his nose. He was drowning,” Sgt Russo said.

“I grabbed his tail and Kirby cradled his head and dragged him onto the beach and cleared his lungs to get the water out of him. Then we just started to push on his chest and he started breathing again and I could feel a heartbeat.”

The kangaroo is doing better now and recovering at the local Animalia Wildlife Shelter.

Rosebud police were on hand at Safety Beach on Saturday afternoon to give a lost kangaroo a second chance. They responded to numerous calls that a kangaroo was in the water just off Marine Drive about 5pm yesterday. It began to swim but got into difficulty in the swell and breaking waves and went under water a couple of times.

A Sergeant and a Senior Sergeant noticed the animal in distress and hopped to it and jumped into the water. The roo was wrapped in blankets and taken to Rosebud Police Station where it was assessed by a local Wildlife Centre. The roo is currently being cared for but is said to be in good spirits and lucky to be alive given the amount of salt water he inhaled, thanks to his rescuers. Well done! 🙌🏻 For more info → http://bitly.com/2zc7kjU 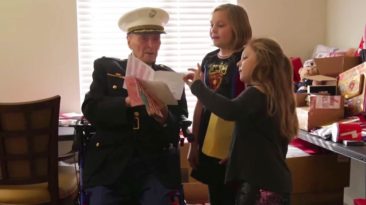 104-Year-Old Veteran Who Has Never Celebrated Valentine’s Day Before Gets 70,000 Love Letters 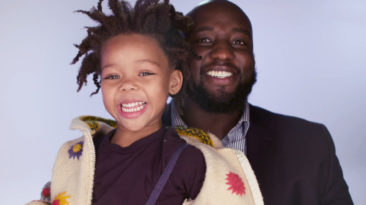 Dads And Daughters Inspires With Powerful Words Of Affirmations 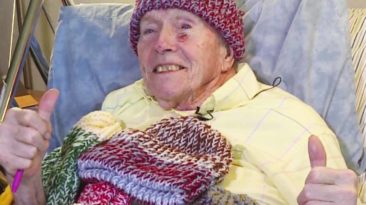 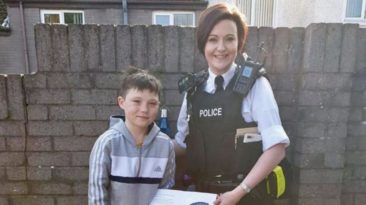