Hollywood superstar, Dwayne “The Rock” Johnson, 46, has just bought his mother Ata a new house for Christmas and shared her priceless reaction in a video clip.

The actor said, “Surprise! Bought my mom a new home for Christmas,” where she gets a “golden ticket” that entitles her to any house she wants, wherever she wishes.

The video shows Ata, 70, reacting on opening her son’s card with a ticket attached to it and begins to cry tears of joy and hugs her son. She says to her granddaughter Jasmine, 3, “Guess what? I get a brand-new house!”

“The Rock” saw tough times when he was a kid and had to move several times and never truly had a home anywhere. “All our lives growing up we lived in little apartments all across the country,” he said. “Lived like gypsies on the road from one state to another. The first home my parents ever lived in was the one I bought for them in 1999. They divorced about 5 yrs later and as with life, stuff happens and things got a little complicated. Since then I always made sure my mom and dad have everything they’ll ever need – houses, cars etc.”

This is such a cute gift from a son to a mother and we really appreciate what he has done for her. 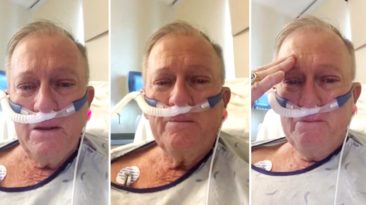 Dying Marine’s Message To President Elect Trump Will Move You To Tears!

‘Farewell dear friends. God bless you all’ – These are the final words from Dr. Larry Lindsey, the... 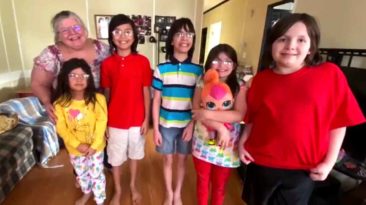 ‘God Answers Prayers’: Grandmother Of 5 Gets Damaged Roof Replaced With New One

God has answered the prayer of a Virginia grandmother who was using pots and pans to catch falling raindrops through... 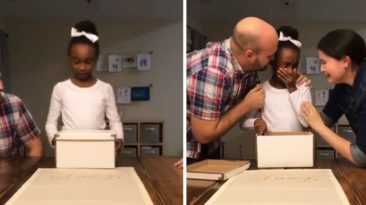 The gift of adoption is so precious. With tears of happiness in her eyes, a little girl was over the moon when she... 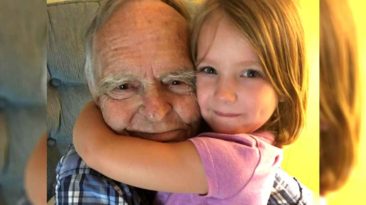 A beautiful friendship between a four-year-old girl and an elderly man came to an end when the man passed away recently... 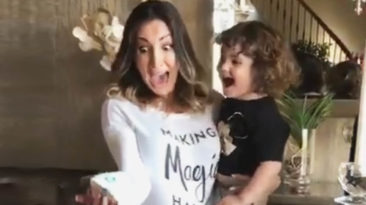 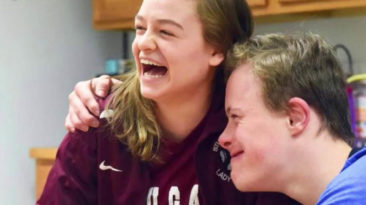 Special Needs Student’s Reaction To Promposal Will Warm Your Heart

Sophomore Tyler Hemp received the surprise of a lifetime when senior Rachel Sauder gave him a promposal at school. And...