The father-daughter dance is one of the most emotional moments in a father’s or daughter’s life. For many fathers it takes them back to the moment when their baby girl was born. And for daughters it is about how their dad has always been there for them.

8-year-old, Avey Cox, from Van Buren, Arkansas, knew that the dance was coming up but she had lost her father at the beginning of the year. “They were very close,” Angelia Bernard, the girl’s mother said. Avey wanted to go to the dance but didn’t have anyone to take her.”

As Avey was dealing with the grief of her father’s death and the upcoming father-daughter dance, there was another dad who was remembering how fun the daddy-daughter dances had been but now as his kids were older, had no one to go with. That was 43-year-old school resource officer Nicol Harvey.

Van Buren Police Department Chief Jamie Hammond brought them together after he recommended that his school resource officers see if they could step in for missing fathers. And so Harvey was given Avey’s name by the school guidance counselor, and he checked of she and her mother were comfortable with him taking Avey to the dance.

“I reached out to the mother, the mother came said it was OK — because last thing I want to do is get rejected by a second-grader,” he explained. “So, her mom talked to her about it and the next day I formally asked her if she would be my date to the daddy/daughter dance.” She said yes, so Harvey and five other dads would go as a group, even pitching in to rent a limousine. 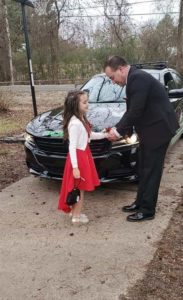 “I bought a new tie and handkerchief to match Avey’s dress and I ordered a corsage,” Harvey said. “Every time I saw her at school, she’d remind me of how many days it was until the dance.” The dance went off very well and there was a pizza dinner before, ice cream after and plenty of dancing and laughter.

“I didn’t think I’d ever get to experience it again,” Harvey said. “It was nice to watch Avey just taking it all in.” “Another little girl that was with our party asked, ‘Is this your dad?’ and Avey said, ‘No, this is our school resource officer,’” he added. “I looked at Avey, and then I said, ‘Well, tonight I’m her dad.’” He said , “I know she’s not my kid, but for a couple of hours it felt like she really was. I even get to twirl her,” he added. “We’ve really become best friends through all this.” 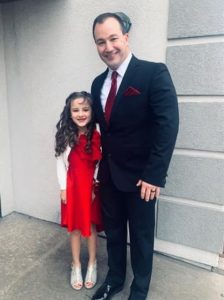 Avey can’t stop talking about the dance and was thrilled to be able to participate according to her mother. “It was such a bright spot in the hard month we’ve had,” Bernard said. “Avey keeps saying it was the best night ever.” She said, “It meant a lot because I actually got to go see all my friends there and then I got to go with him and have a lot of fun,” Avey explained.

Police Officer, Harvey inspires all of us by declaring that he’s willing to take Avey to any future daddy-daughter events she might be interested in. 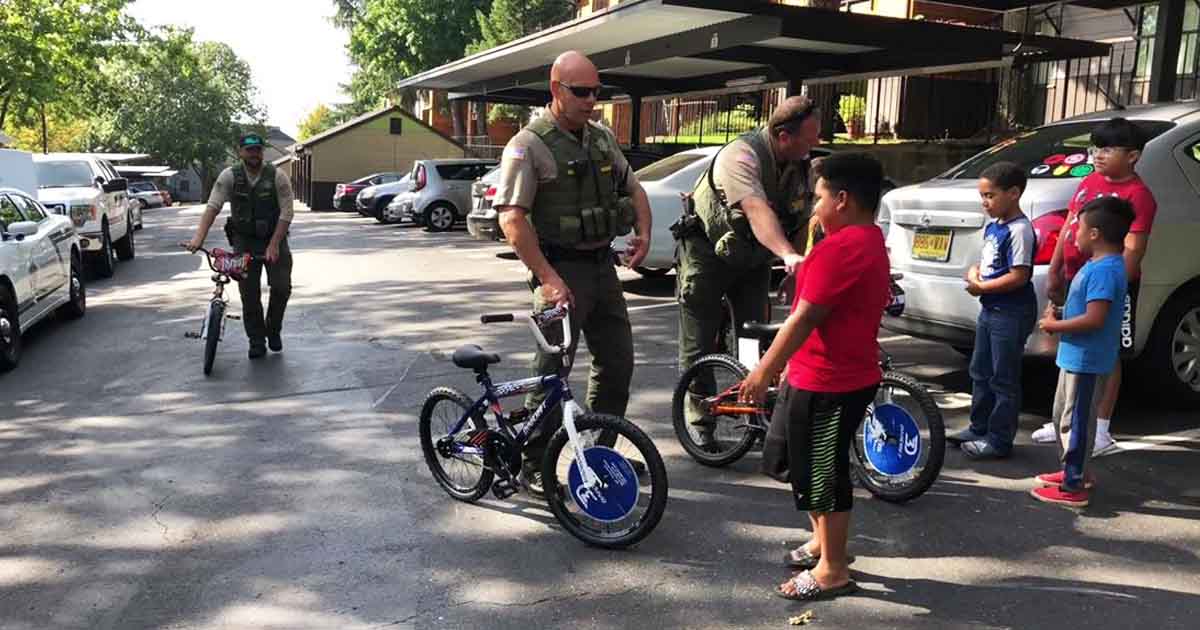 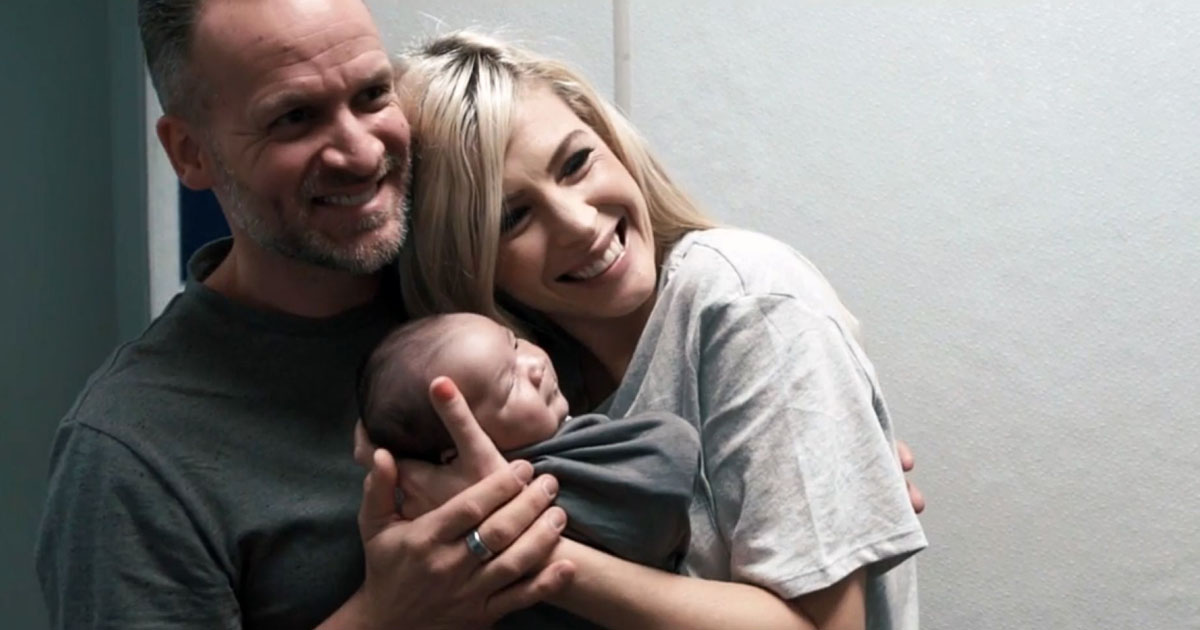 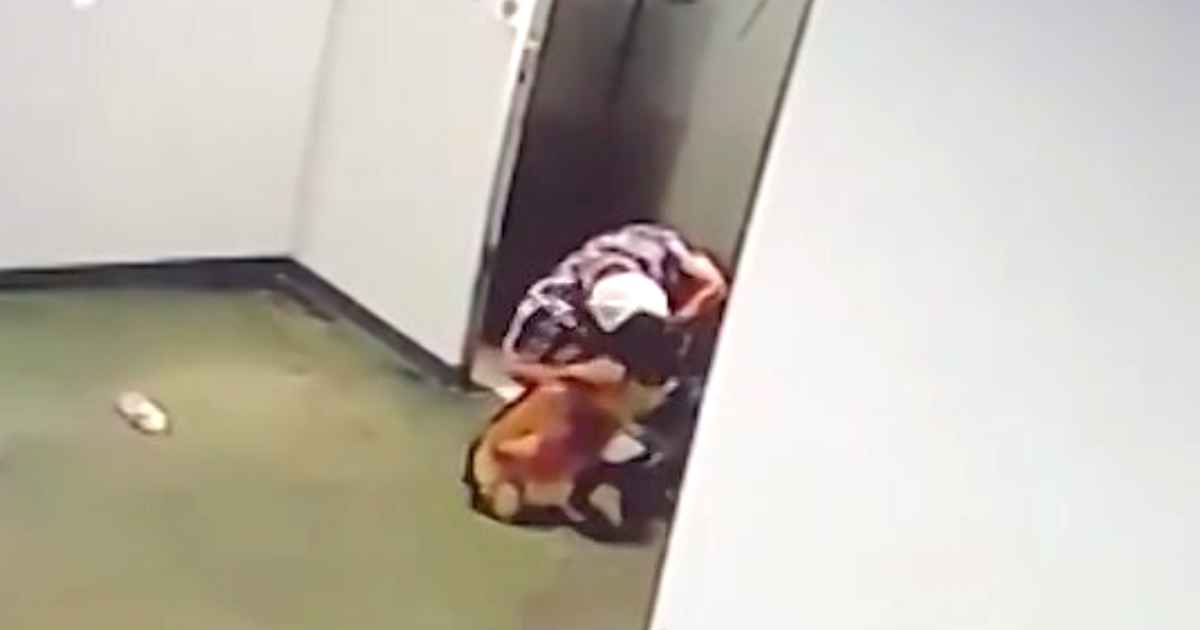 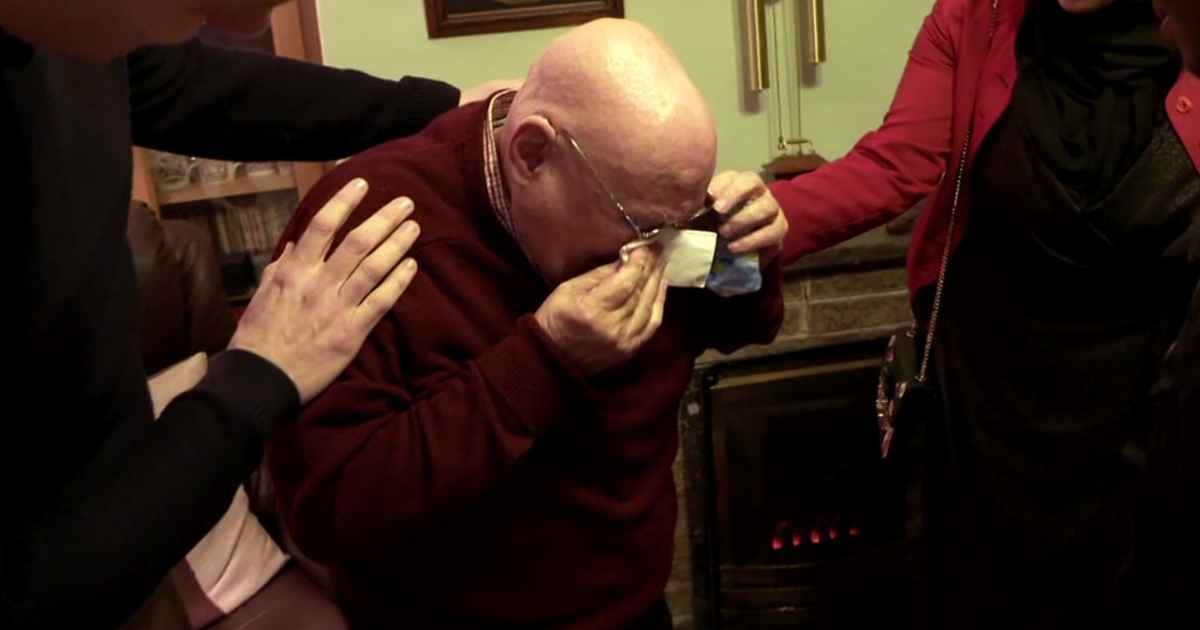