Last week, a true “man of peace”, George Floyd was tragically and violently taken out of this world.  When things like this happen, it’s normal to look for someone to blame.  Maybe one person.  Maybe a group of people.  Maybe a type of person.

Once we decide who to blame, we define them as “the enemy”.

But we all, in this world, really only have one enemy– and it’s NOT EACH OTHER! Not anyone that’s different from each of us. Not anyone that’s part of a group of people that we’ve been taught to hate, mistrust, or hold something against.

Our real enemy is– the Enemy– the one whose name means “Divider”. In English, we call him “the devil”. Wherever we see division or violence, this is where it originates from. If we look deeper, we’ll find his “trademark” stamped on any kind of attitudes, words, or actions that cause or perpetuate animosity. 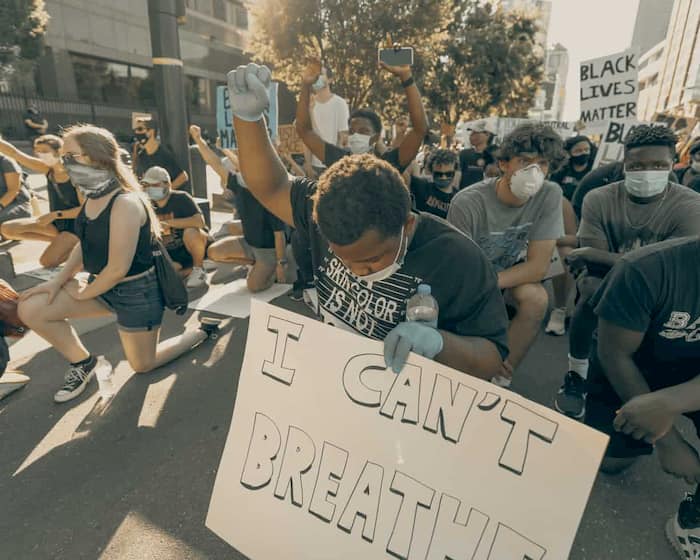 Why? Because of what these all cause in people’s hearts. Do any of us feel love, peace, or warm-fuzzies toward anyone who hurts us physically or emotionally?  Not naturally!  We’re wired to “get back” at them some way, however our personality does that.

But, as it says in Prov. 15:1– “A gentle answer turns away wrath”.  There’s no way we can put out fires of evil by adding more fuel to it with angry words and actions!

On the other hand, gentle answers are the healing rains that put them out.

As our American President, Abraham Lincoln, so wisely and passionately quoted from Scripture, “A house divided against itself cannot stand.”  Mark 3:25.

When Jesus said that originally, He was refuting the Pharisees who had accused Him of casting out demons with demonic power. Basically, He was reminding them that division always destroys whatever it’s dividing.

This is not to say that some issues aren’t worth taking a stand for. But we shouldn’t let the Enemy divide us over non-essential issues. And too many people, perhaps ourselves included, have too broad a definition of “essential”! 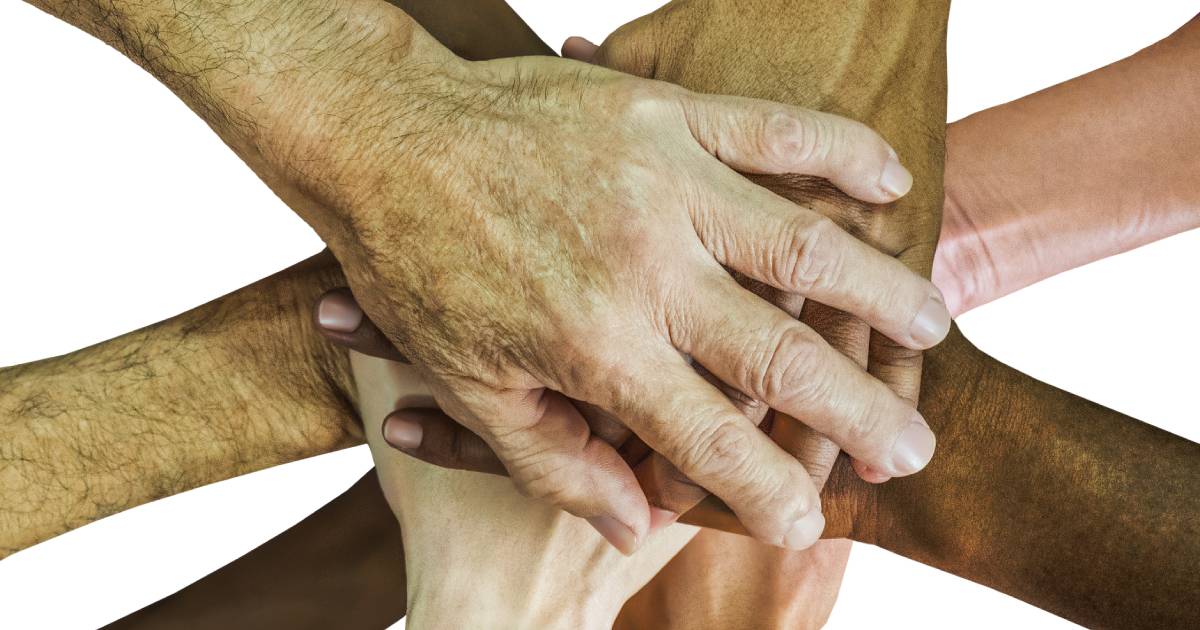 As a general rule, unity and relationship needs to take priority over issues. Again, not that we can’t disagree. But it’s HOW we disagree that leads to either greater understanding, grace, and unity vs. misunderstanding, judgmental attitudes, and division.

In John 17, Jesus prayed that all those who belong to Him “be one, even as we are one”– v.11, and v.21 expands on that– “… so that the world may believe that you [Father] have sent me.” (I recommend reading and praying that whole chapter).

In these horrible, sad, times where the Enemy has wreaked havoc and division in our country during a vulnerable time– kicked us when we’re down– with things like what happened to George Floyd, political division, rioting, etc.–

–It’s up to US to stand for, work for, spread, and demonstrate UNITY in order to defeat the real Enemy.  We do this by:

“If my people, who are called by my name, will humble themselves and pray and seek my face and turn from their wicked ways, then I will hear from heaven, and I will forgive their sin and will heal their land.”

–Notice the humility it takes to do this.  Pride and true prayer don’t mix.

2. Showing it between races, cultures, political leanings, generations, and genders– any way we can and need to, with anyone who is different from us.

This will answer Jesus’ prayer in John 17.

This will bring His LIGHT and HEALING to our country, towns, churches, and homes.

This will be how we defeat the real Enemy.

This is totally Fake News. Floyd has a long history of violent crimes and several scrapes with Law Enforcement. The Coroners Finding revealed several medical conditions that contributed to his death including heart disease and 4 times the amount of Fentenyl in his system that would have killed the normal person. Yes,I agree that our men and women in Blue need better control at times but I also feel that a hard non-racial look needs to be taken at his death because it is possible 3 of the 4 officers involved may be quite innocent. Two of these officers had… Read more »

What happened was wrong .But Floyd was a criminal and had been all his life

Amen. Regardless of his past, this should not have happened to anyone, but there is NEVER an excuse to riot, and lash out to hurt others. It’s a disgrace and a real shame how this has turned out. It seems people want to find an excuse to cause trouble. Violence begets violence. This has turned into a “cause for distraction”, not a cause to Wright a wrong. The police officers who did this were arrested. That should be the end of it. If it had been done to a white man this wouldn’t be happening. People (gangs) are killing each… Read more »

Mr Floyd was not a peaceful man. He was well known for his violent crimes against the people in the city he lived in. He once held a gun to a pregnant, Africah American womans stomach for hours during a Home Invasion, threatening to kill her and her unborn baby. He had been in Prison 5 times for violent crimes. He was crazy high on Fentanyl at the time of his death. I believe the person responsible for his death committed murder and should be sentenced to life in Prison. However, I do not believe this man should be treated… Read more »

What Does The Bible Say About Homosexuality? 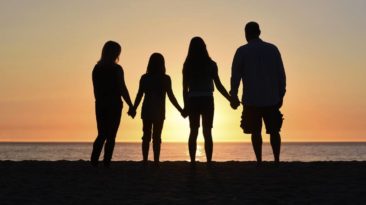 Prayer For The Salvation Of Our Families

Father God I come again today in the mighty name of Jesus Christ of Nazareth, crying out for mercy for those of my... 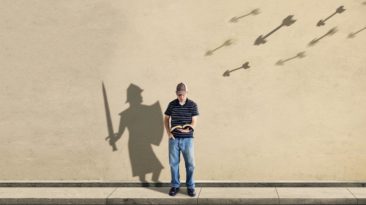 Praying On The Armour Of God

Father God I come today in the mighty name of Jesus and I put on the whole armour Of God. I draw on your strength today... 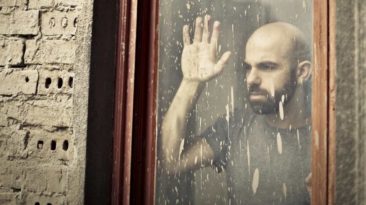 Overcoming the Spirit of Doubt

One major thing that kills faith in every Christians is doubt. Doubt simply means a lack of faith. No matter the level... 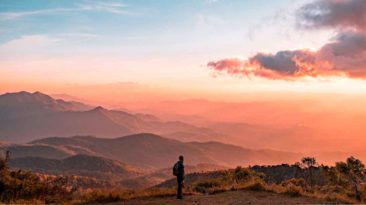 Peace That Goes Beyond Understanding

“I don’t understand how a black cow can eat green grass and give white milk, but it doesn’t stop me from enjoying... 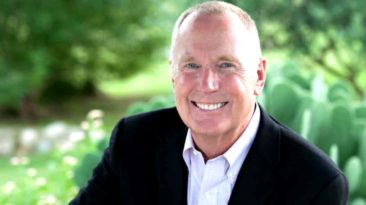 ‘Choose Faith Over Fear’: Max Lucado Urges Christians To Guard Their Minds Against Negative Thoughts Due To COVID-19

As countries go into lock-down throughout the world because of COVID-19, Pastor and author, Max Lucado, is offering...