New York City artist, Devon Rodriguez, just made a homecoming soldier’s day bright after he painted her while riding in a train. 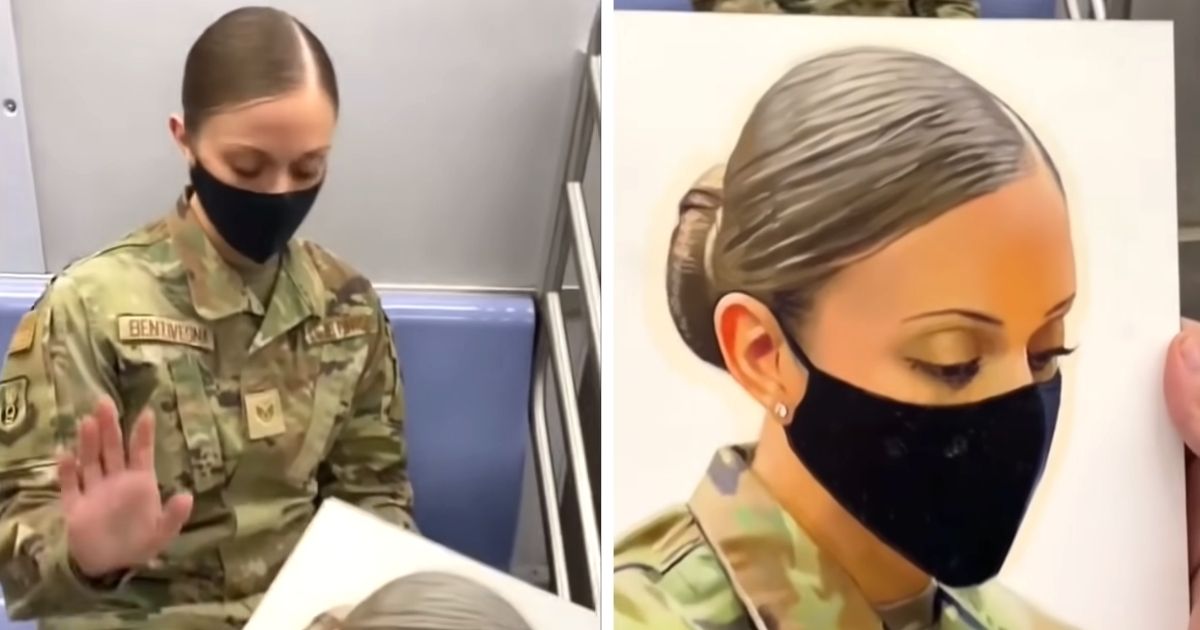 The soldier had just returned home and was probably reflecting on a lot of things when Devon painted a picture of her.

A video of this kind act was captured on camera and shared on Devin Rodriguez’s official YouTube channel.

When Devon went up to present the soldier with his painting she looked disinterested but when she looked at it she was shocked.

Devon has been putting a lot of smiles on people’s faces through his gift of art and now he has made the soldier’s day so much better.

A truly God given talent. Our soldier will never forget this blessing.

Dear Devon: your kind acts of presenting your art gift to a stranger is so amazing and unique my friend. God has blessed you with an amazing talent and you shared it with others.

Wow, what an amazing tribute (and talent) !

That is awesome! What a gift you have.