A pair of 3-year-olds who were together in the same hospital battling cancer had a sweet reunion the first time outside hospital walls. 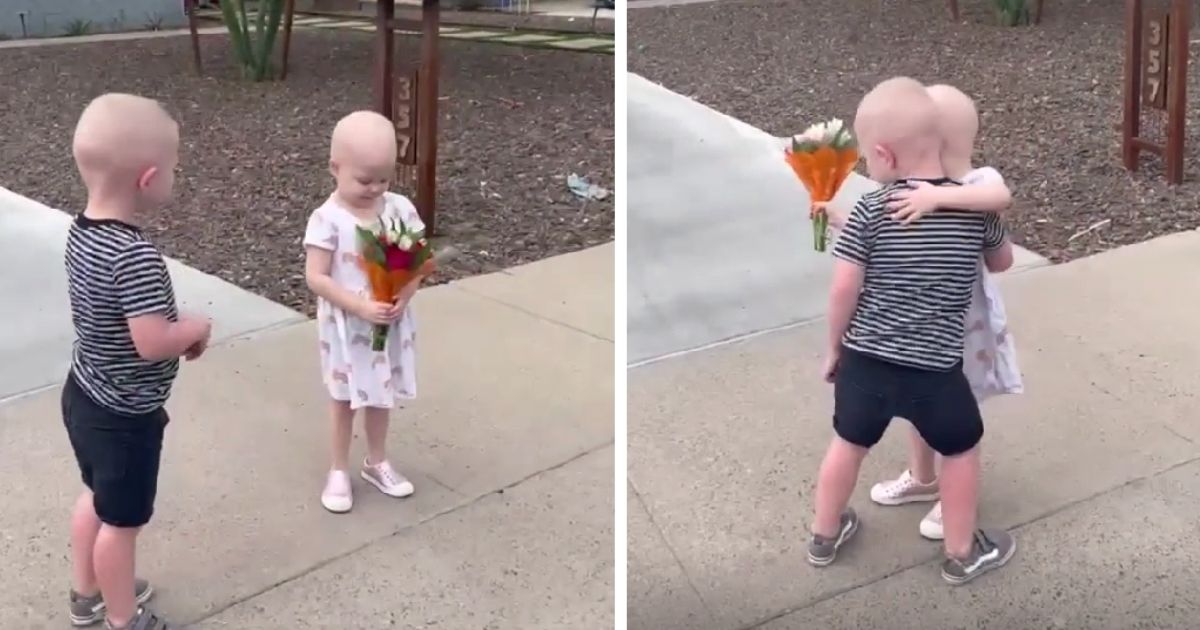 Mack Porter met Payson Altice at Phoenix Children’s Hospital in 2021 while both were fighting cancer. After they both entered remission and were out of the hospital, they were reunited again in late July.

Mack gave a gorgeous bouquet of flowers to Payson and shared a sweet hug together. Then the two soon-to-be preschoolers danced together and Mack showed Payson how to twirl around.

They spent the morning playing with toys that Mack picked out as he wanted to be sure he brought toys that Payson would like. What a thoughtful child he is at this age.

Mack was diagnosed with anaplastic large cell lymphoma (ALCL) in January 2021 and met Payson while at the hospital as she was fighting B-cell acute lymphoblastic leukemia.

The two bonded over their love for “Peppa Pig” and later Payson introduced Mack to the “Teenage Mutant Ninja Turtles.” “That was a blessing to just watch our children be children.” Mack’s mother, Danielle Porter, said after seeing the two kids reunite.

Apparently Mack’s first question each morning is: “When can I play with Payson?” It is clear that the two 3-year-olds have formed a bond and we hope it lasts forever. Tracey Altice, Payson’s mother, spoke about learning so much from the children, “During these scary and hard times,” she said, “no matter, what just look to the children because they’ll lead the way.”

Little Mack and Payson are surely uplifting many around the world with their story and we hope the two remain connected as they grow up.

This just goes to show that age doesn’t matter. We all need to be loved. It was awesome to watch.