Most of us wouldn’t know what to do when we see a little boy in our driveway but this man helped create an unforgettable memory with his creativity.

The owner of Canyon Chasers YouTube page shared a video which has caught the attention of the world.

The man’s security camera is aimed at his driveway and it was constantly going off in the evenings. He saw the footage and found that a young boy was riding his bike through the driveway during walks with his family. 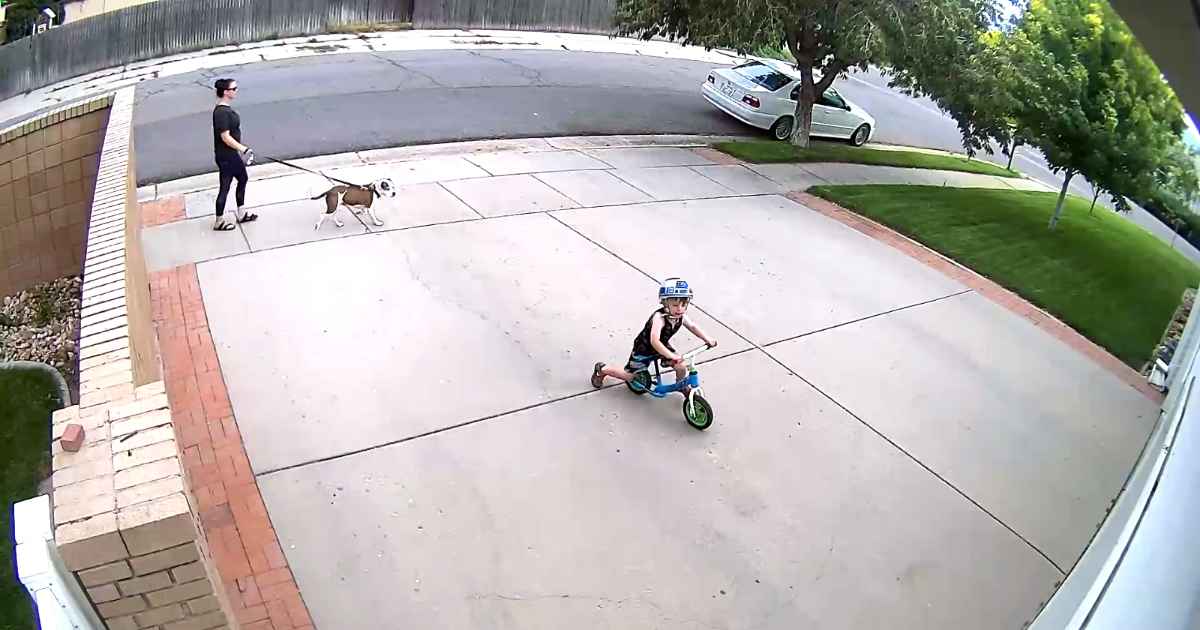 The video caption says, “Every night I would get an alert from my driveway security camera, and at first I was a bit annoyed, but then I found myself looking forward to the evening alert.” His wife had an idea to make something special for the boy and the entire neighborhood. As the video owner says, “What transpired has turned into the best part of an otherwise dreary pandemic summer.”

The man went outside after dark and drew a racetrack, complete with turns and straightaways, around the driveway which delighted the young boy to see a track for him to follow with his bike. The man kept redrawing the track after it rained to the boy’s happiness.

It inspired his neighbors to also draw chalk lines and it’s been captured on camera. What a fresh of breath air this act of kindness is in our world full of gloom and doom.

What a great idea! Takes so little to thrill a child

It’s a great idea but I can’t understand why the parents are walking the dogs through there anyway unless that part is a public thoroughfare and the bit where the child is riding is the person’s property?

So cool….what a wonderful idea.

Lucky he is not a black boy. He would have been shot.

Thanks for doing something so nice for the kids.

The combined joy that was shared between the little ones who used the driveway as a track and the owner who’s creativity provided it , was so enlightening to watch ! I found myself grinning from ear to ear at its end. The joys of giving, in endless ways, are always there for the taking!
Thank you for the light harder lift in such trying times in today’s world!
Paula Rader from Massachusetts.