Award-winning Christian singer Colton Dixon and his wife, Annie, shared how their faith helped them when one of their twin daughters was born with no pulse and had to be resuscitated. 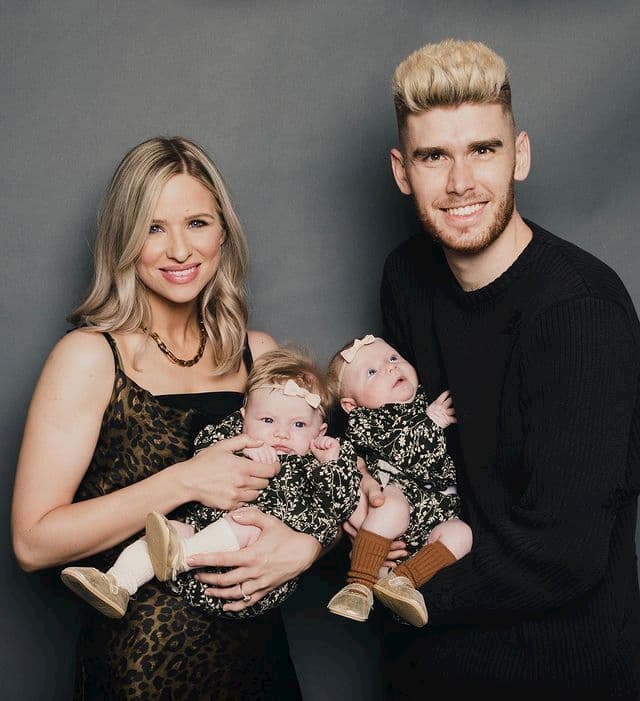 The couple recently had twin daughters, Athens Elizabeth and Ava Dior, who were born on Aug. 18, the first-time parents admitted that the delivery was a very difficult one. “We never expected our little Ava Dior would arrive in the world without a pulse.

“In that moment, we had a choice: faith or fear,” Dixon said. “We watched and prayed as the doctors and nurses resuscitated our daughter back to life.” God helped them when Ava Dior pulled through and is now a healthy baby.

“After several days in the NICU, Dior was able to join us at home, happy and healthy. That was a great day,” he added. “Life doesn’t always happen the way we want it to, but we believe that life is more about the way we respond to things than what happens to us. We thank God and our amazing doctors and nurses for our two little miracles.”

Dixon’s latest single is titled “Miracles,” he says, the song has taken a whole new meaning for him. “To be honest, this recent journey has given the song a whole new meaning to me,” Dixon maintained. Annie meanwhile took to Instagram to describe her delivery process saying, “The battle is the Lord’s. So thankful.”

Dixon wrote on his social media pages: “We originally wanted to keep this story in the dark, but realized that this is a story of hope that needs to be heard. Just because a situation looks dark or grim doesn’t mean that you agree with it or give it control over the outcome.”

He continued, “God says ‘I have given you the keys to the kingdom. Whatever you bind on earth will bound in heaven, and whatever you loose on earth shall be loosed in heaven.’” He added, “Sometimes we have to fight. Our words are a weapon. Our praise is a weapon. God declared us victorious as His sons and daughters, but according to His word, we have to agree with Him …” Dixon added.

Colton Dixon is an “American Idol” season 11 finalist who married his longtime girlfriend, Annie, in 2016.