Draco, a pit bull loves to carry his favorite toy – a heart-shaped stuffed pillow with arms everywhere he goes.

His mom, Allie O’Cain‎, had rescued him from a backyard breeder when he was just 2 weeks old.

He immediately took to the heart pillow, like as if it was his ‘security pillow’.

OI’Cain posted saying, Draco keeps this pillow with him and sucks on it to fall asleep from the time he was born. 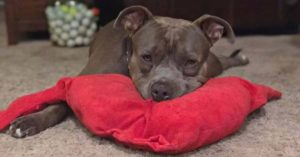 During his growing years, he destroyed stuffed toys, but not his heart pillow.

She said, Draco loves to chew and their house is a ‘rubber toy only’ house because any stuffed toy he destroys in minutes.

She goes on to say that Draco is very protective of his pillow and does not allow anyone – including his best dog pal, Willow – to play with it.

But one day when Willow grabbed his pillow, and Draco ran to get it back, he pulled the pillow, ripping it, with all the stuffing falling on the floor.

Draco was heartbroken, but thankfully, his grandmother who saw the whole thing, intervened to save the day.

She stuffed back all the stuffing in the pillow and began mending it on her sewing machine. 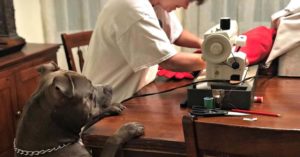 Draco kept whining and looking at what his grandmother was doing with his favorite pillow, and even tried to snatch it away once.

Photos posted by his mother on social media, with a caption, “He acted as if his wife was in surgery,” say it all. 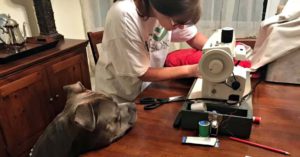 Draco is back with his beloved pillow and never lets it out of sight.

Thanks to Grandma who stepped in and save the day for Draco, otherwise who knows what would have happened. 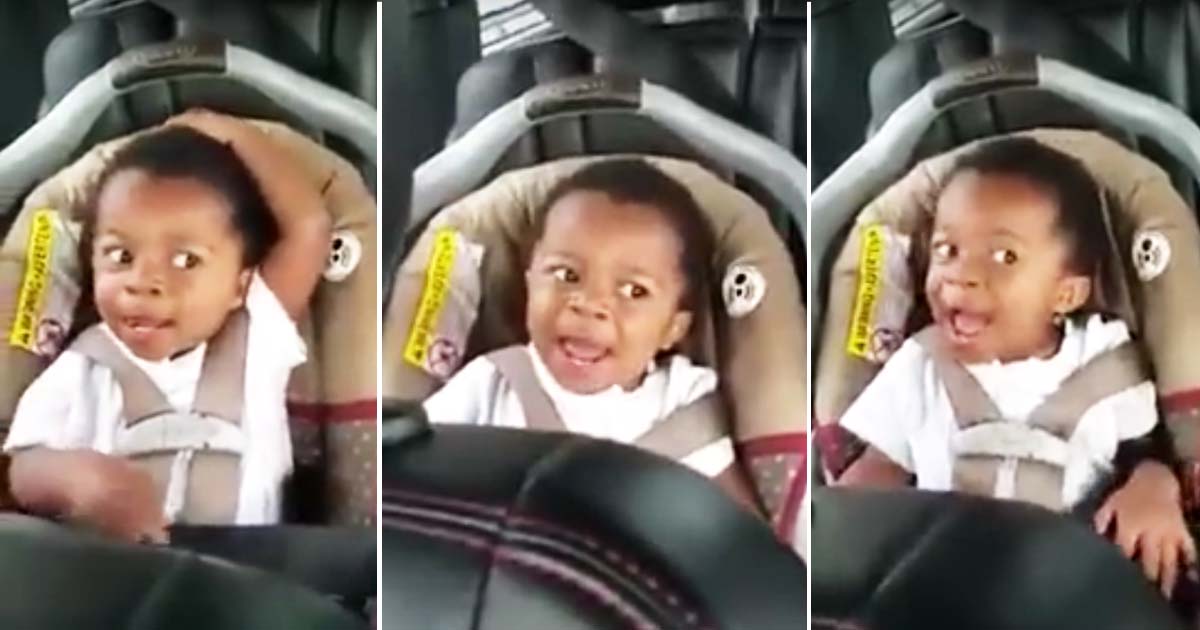 Just goes to show those who fear the Pit Bull that they are wrong! Pit Bulls have a huge heart full of love and love to snuggle with their human parent and siblings. They also have a big heart for their animal friends be it cat, dog or bunny. Why do you think he loves his heart pillow so much….because his heart matches it’s size?