A photo of a service dog that has faithfully served his master till his last day has been breaking hearts everywhere on social media. 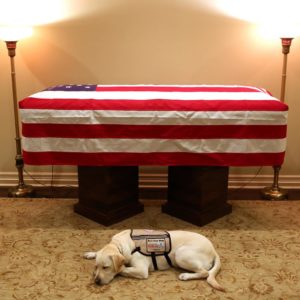 Sully the service dog of the 41st President of the United States served him faithfully till he breathed his last breath. The photo shared on social media showed him lying down in front of President George H.W. Bush’s casket, looking sad.

The former President always wanted Sully to serve even after his death, and so Sully will now head off to Walter Reed Medical Center in Washington, D.C., to be trained to serve another veteran. Trainer Teaches Ponies How To Perform CPR In Hilarious Video She Was Dumped On The Street After Breeding. Look How Happy She Is Now! 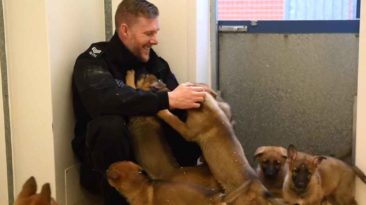