Being born with a cleft palate can be a stressful situation, and only a life-changing surgery to rebuild the mouth can restore the smile on the baby as well as the parents faces. 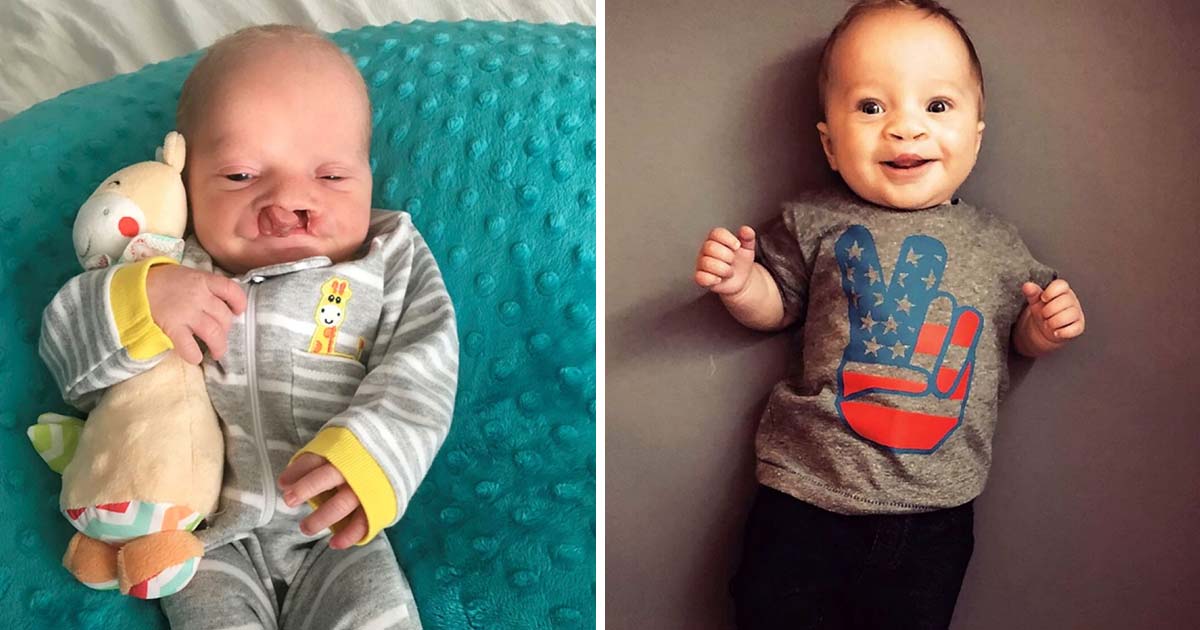 Cam was born two minutes after his twin brother Jack to parents Matt and Sara Martin. But, unlike his sibling, he had a cleft palate, which meant that his upper lip, bones of his upper jaw and his gum were split.

Cam was unable to breastfeed him and had to be fed through a bottle with a special valve in it.
Dad Matt, 29, and his wife Sara, 27, met up with plastic surgeons who advised them of a series of operations Cam would need to have just to rebuild his mouth.

So, Cam had to be operated to repair his upper lip, but the results are amazing and he can smile widely a few days after the surgery at Medical City Dallas Hospital. 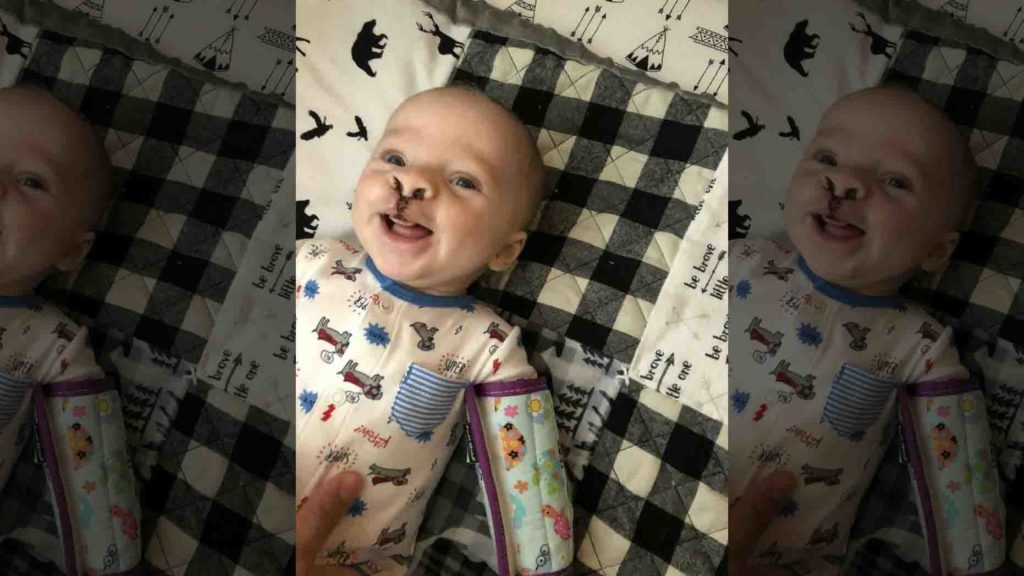 “It was a full face smile. He was giving the biggest grin he could,” Matt, a filmmaker from Forney, said. “Sara and I cried because we were beginning to think we’d never see him smile. The beam was in his eyes and in his cheeks. He was saying: ‘I’m still here, I’m still the same baby, everything’s OK.’”

Cam’s cleft lip and palate came as a surprise for the young couple as none of Sara’s sonograms had any indication of it before the birth.

However, Matt said that as soon as Cam was born at Texas Health Presbyterian Hospital, he and Sara, a dental assistant, suspected something was wrong.

“No one said anything at first. I went over to see Cam and the nurses were all huddled together,” he said. “I had never seen anything like his face before. I had no idea what I was looking at. A nurse told me he had a cleft lip and palate and that they needed to work out how he was going to eat and breathe.”

He was fitted with a mouthpiece, a NAM device, which pretty much covered the roof of his mouth to stretch out the area in preparation for the first operation.

“The mouthpiece had little balls that were fitted into Cam’s nostrils to stretch out the skin between his nose and mouth,” he said. “We had to go in every week for them to adjust it. We hated seeing Cam in pain and we did wonder whether we were doing the right thing.”

At just three months old, Cam went in for the operation to fix his upper lip.

“Doctors stitched his lip together where it was split so that his lip was no longer in three parts,” Matt said. “It was really hard to hand him over for surgery. When the nurses gave him back he was screaming. They had him on morphine and his face was swollen and bruised and bloody. It was like we had been given back a different baby.”

“He cried the whole day. We had to feed him with a syringe after the operation,” he said. “I hated knowing that something we had chosen, the operation, had caused so much pain for our son.”

However, after a few days, after the operation, all the swelling went down and the bruising healed, and Cam rewarded his parents with a full smile for the first time with his full upper lip.
“Sara was changing his diaper and I was watching TV,” Matt said. “She started screaming, ‘Come in here, he’s smiling!’ I rushed in. I couldn’t believe it. In my darkest moments, I thought I’d never see him smile with a healed top lip but here he was beaming at me.”

Matt and Sara’s story is giving hope to those parents with babies who have cleft palates and he says “It is terrifying but the scariest part is before you go and talk to surgeons,” he said. “Once you get your doctor and a solid team in place, it gets a lot less scary. You fall in love with your baby and it doesn’t matter whether they have a cleft palate or not.” 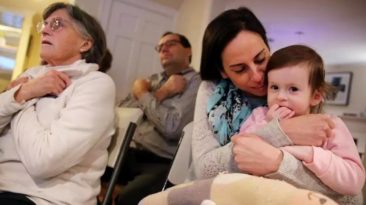 20 Neighbors Learns Sign Language, So They Can Speak To A Deaf Baby Girl

It is a story of immense love and care shown by a community in Newton to their newest member–a two-year-old girl... 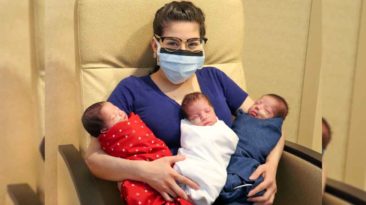 A heartwarming story of a Houston woman battling and beating coronavirus and then giving birth to healthy triplets has... 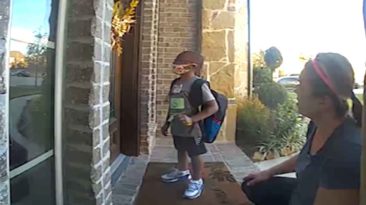 A Cypress family is feeling grateful to an angel who helped guide their 6-year-old son after he got off the bus at the... 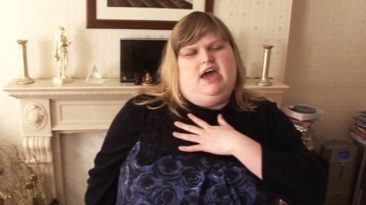 Autistic Girl Struggles To Speak, Then Reveals Her Angelic Voice..Wow!

Carly Fleischmann was diagnosed with autism when she was three-years-old. She also have cognitive delay and oral-motor... 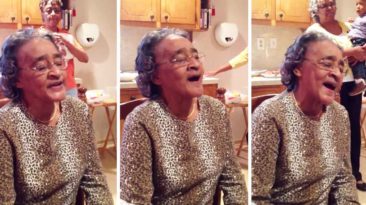 An elderly woman sings a soul-stirring song ‘I’m Going Home To Be With God’. This is absolutely... 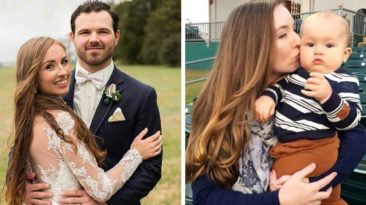 God is spirit, and his worshipers must worship in the Spirit and in truth.” — John 4:24 (NIV)