Flash floods often catch people off-guard and can cause massive loss of lives and property.

It was the evening of May 3, in Old Bee Cave Road in Austin, Texas, when the area experienced violent and sudden downpour of rain, even though they had got a warning of flash flood, it was too late.

There were some areas in Austin which received 5 inches of rain in a span of just 3 hours.

The heavy rainfall caused some areas to start flooding, and a lower part of Old Bee Cave Road was underwater.

A car containing three women and a dog, found themselves stuck in the rising water, as the car was being pushed toward the edge of the road, into soaring waters.

A team of three police officers consisting of Benjamin Cochran, Kevin Perrydore, and Matthew Valli, who were nearby, rushed to the spot.

TONIGHT AT 9: With another round of rain on the way, this dramatic video of three woman and a dog being rescued on Old Bee Cave Road shows how dangerous low-water crossings can be in bad weather. For more on that story and the latest forecast, be sure to watch FOX 7 Austin News at 9.

“I think they realized that they were trapped in the vehicle and could potentially drown,” Cochran said.

Valli later said in a press conference, that the women had no time on hand to wait for firefighters, who normally would handle these situations.

He said, that they decided that would have to do something immediately otherwise they would go over the creek.

The grueling 15-minute rescue was one of the toughest of their lives, as the rain did not stop and dropped more than an inch during short time frame.

Valli waded out through the water with a rope while the other two officers held the end, creating a line to get two women to get out safely.

But the waters went on rising and the car was getting closer to the edge. The waist-deep water had a strong current which threatened to sweep the car, one of the women, their dog and the cop away.

The last woman goofed up and broke free from her rescuer’s grip, risking their lives in danger.

“We lost grip,” an emotional Valli said, “and all of a sudden I see Ben just come diving in and I was like, ‘Oh man, what just happened?’ Valli said, “I see him, and I see him struggling. Ben is probably one of my best friends at the department, and I thought, ‘God forbid anything happen to him.’”

Valli wasted no more time and jumped in to pull his fellow officer to safety by the belt and saved all three lives.

“I just saw whatever I could grab onto,” Valli said, “I saw his belt and I was like, I’m holding on and not letting go no matter what.”

It seemed their struggle wasn’t quite over when the confused dog ran back into the water and the last woman also almost followed after it. But after they were all rescued, the car was swept away into the creek and washed away.

“It was a lot to take in,” Valli later said. “I realized I could have died. Other people could have died right there in front of me. It was something I just needed to sit down and embrace and think about it for a while.”

“Officers Perrydore, Cochran and Valli made heroic efforts — we are proud and honored to have them in this department,” the Austin Police Department’s Facebook page posted on May 7.

As the rains haven’t yet seized, Cochran has an urgent message for all those who are trying to forage into the waters, he says, it is not worth risking it, he urges all to turn back and take an extra 5-10 minutes, as it is not worth being trapped in your car and getting drowned.

He firmly believes that they were there for a strong reason and were meant to respond to that situation. Cochran said. “I am feeling very happy that we are able to get them out.”

Our police officers have done such a great job here by going above and beyond to rescue the women and dog in that crucial situation. 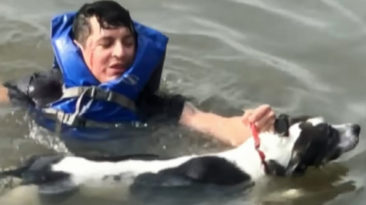 Man During His Own Birthday Party, Jumps Into River To Save Drowning Dog

While Gabe Castellanos was celebrating his 38th birthday with friends along the East River, NYC, a dog was waiting to... 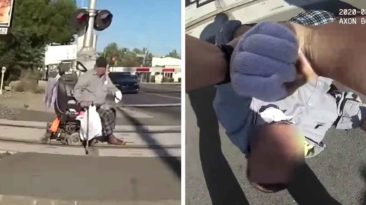 Even amid all the negative publicity, the police are facing, they are still going above and beyond to help citizens of... 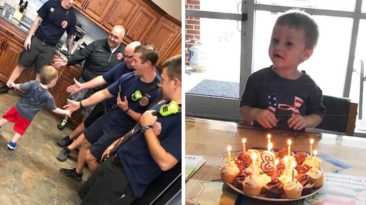 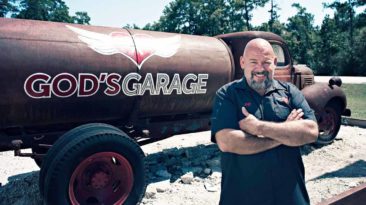 It was a dark and rainy night, when Texas Pastor, Chris Williams, spotted a mother and child walking alone on the road... 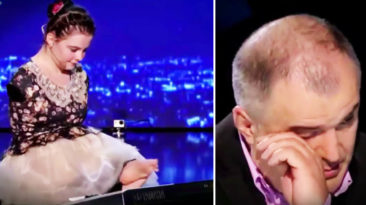 Turn on subtitles clicking ‘CC’ on the player – Lorelai Mosnegutu is 14-years-old, but this beautiful girl has...

An amazing story of an unlikely friendship brought  the best result one could ever imagine. One young man decided to...