A young figure skater paid a tribute to the Black Lives Matter (BLM) movement in a beautiful way. 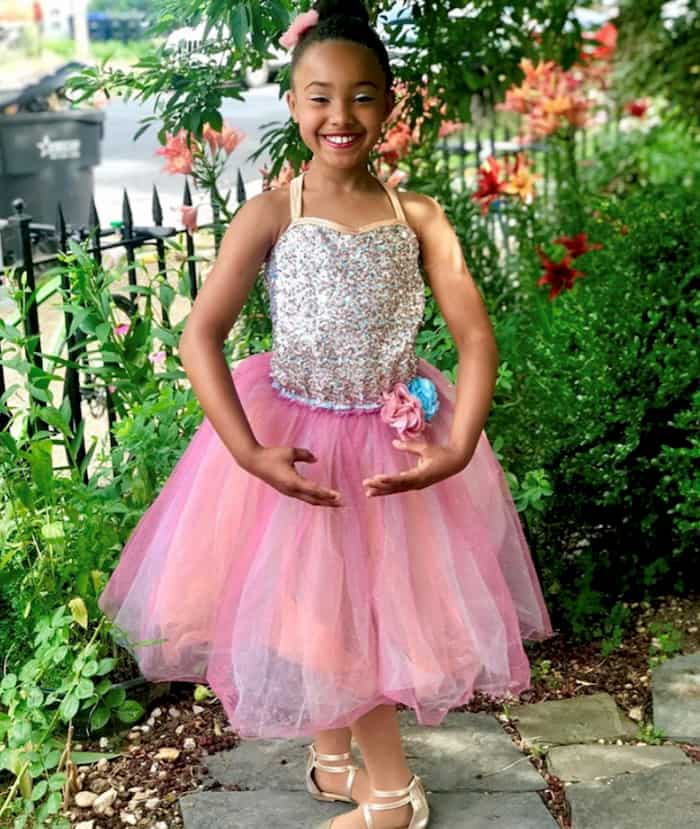 Kaitlyn Saunders, 9, known as “The Skate Kid” on Instagram, performed a graceful routine on rollerblades at the Black Lives Matter Plaza in Washington, D.C.

“A week ago, the D.C.’s Mayor Bowser @mayor_bowser had the words Black Lives Matter painted on 16th street in front of the White House,” Saunders wrote in the Instagram caption to her video. “She said her hope is that we can all speak up and protect each other. I wanted to share my hope for the future.” 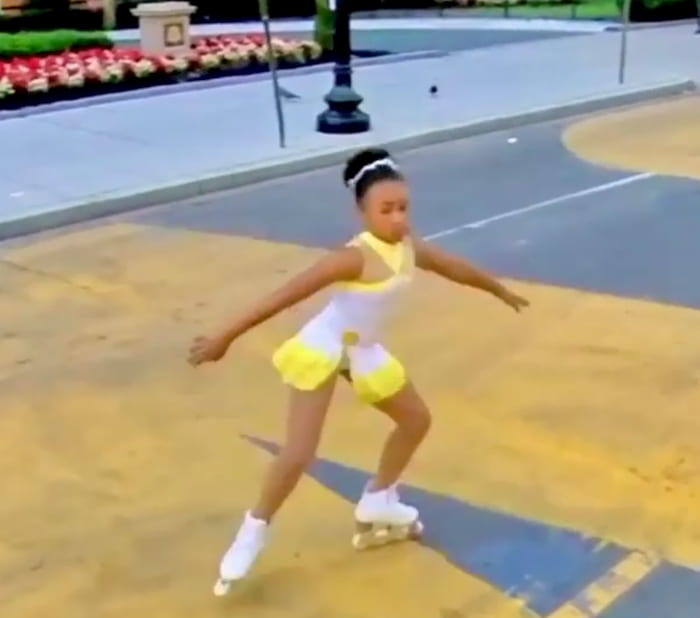 Saunders was wearing a white and yellow skating outfit that coordinated with the yellow “Black Lives Matter” lettering on the plaza, performed to one of her favorite songs, “Rise Up” by Andra Day.

She said she and her parents visited the plaza at 5:30 a.m. so they could record her performance while the street was still empty.

“It was just amazing that I could skate at a place that’s historic, where thousands of people protested and tried to change the world,” Saunders said.

A week ago, the D.C.’s Mayor Bowser @mayor_bowser had the words Black Lives Matter painted on 16th street in front of the White House. She said her hope is that we can all speak up and protect each other. I wanted to share my hope for the future. At 5:30am while the streets were still empty, my parents and I went down to Black Lives Matter Plaza to record this video. I decided to skate to one of my favorite songs, “Rise Up” by Andra Day. I skated to the song based on what I was feeling. . Thanks to Vernon Davis @thedavisworldtour for lending your camera and talents. . . #figureskatersforfreedom #figureskatersforjustice #blacklivesmatter #blm #riseuptogether #positivevibes #inspire #georgefloyd #justiceforgeorgefloyd #blackgirlmagic #breonnataylor #ahmaudarbery #justiceforahmaud #endracism #figureskating #figureskater #figureskate #figureskater #figureskaters #figureskatinglife #picskates #inline #inlineskating #inlineskate #inlineskater #rollerblading #rollerskating #inlineskates #amplifymelanatedskaters #diversifyice @official_picskate #picskates . . .

It was renamed after District of Columbia Mayor Muriel Bowser had the words “Black Lives Matter” painted in large yellow letters on the street on June 5.

Kaitlyn Saunders’ mom, Katrice Saunders, said she was moved by her daughter’s performance, and by people’s reactions online. 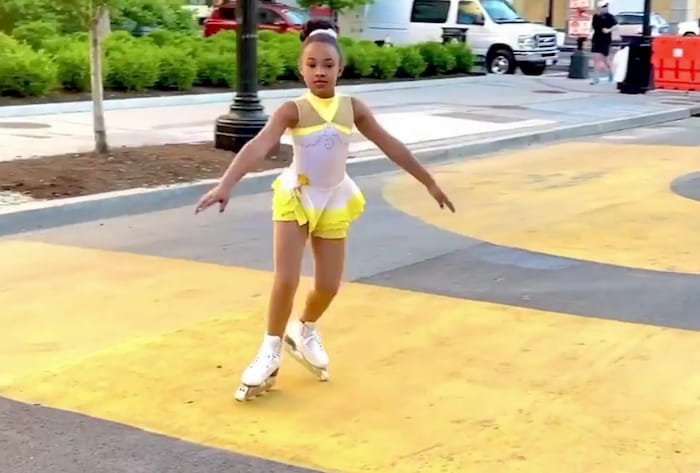 “I’m so proud she was able to express herself in this way,” she told NBC Washington. “It’s wonderful to see all the hearts touched and support on social media.” 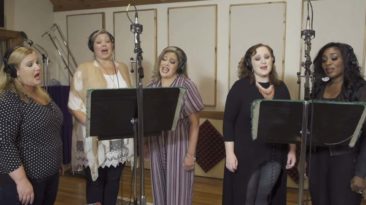 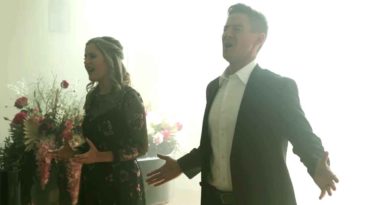 Mat and Savanna Shaw are joined by Stephen Nelson as they sing a beautiful cover of ‘Hallelujah’ by Leonard... 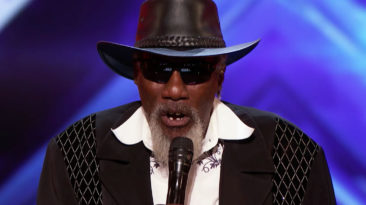 America’s Got Talent 2019 has no dearth of real talent, and when 65-year-old blind Vietnam veteran Robert Finley... 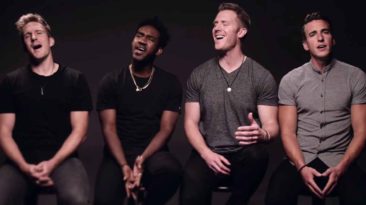 ‘Because You Loved Me’ By GENTRI And Jay Warren

The Gentlemen trio of GENTRI teamed up with R&B singer Jay Warren to sing Celine Dion’s ‘Because You Loved Me... 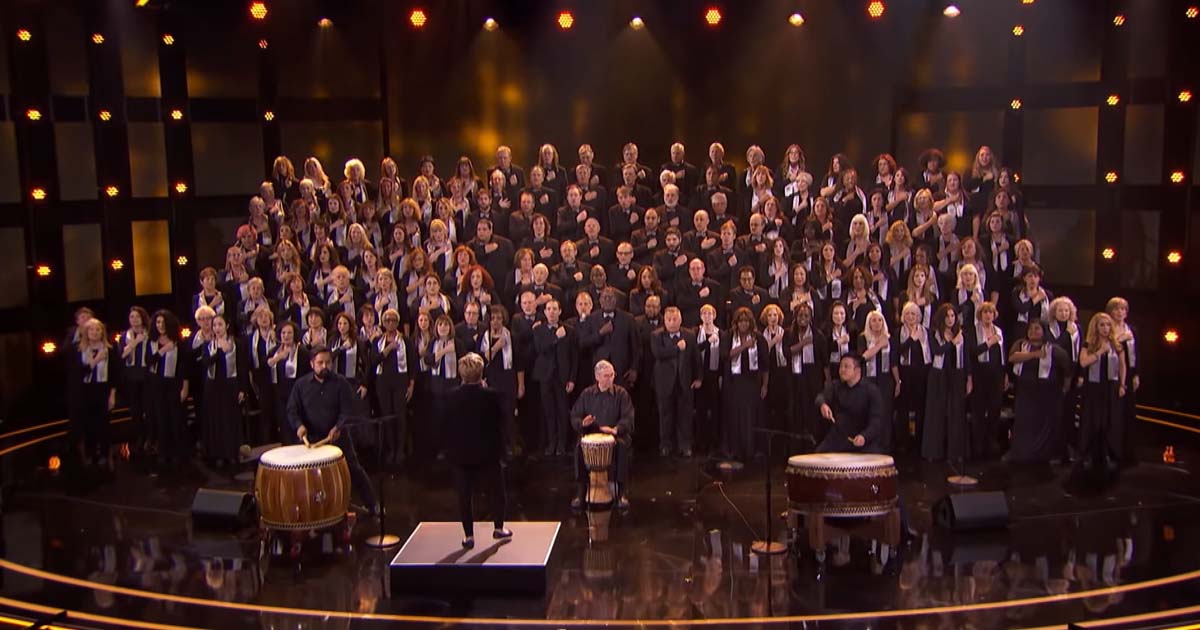 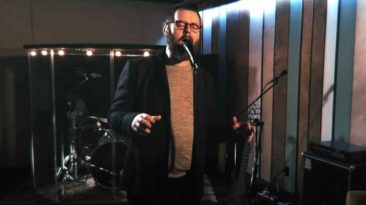 ‘I Am So Very Grateful’: Mississippi Pastor Enters Final 9 Of ‘The Voice’

‘The Voice’ is a mega platform for talented people across the country to show off their gift of singing and...