An unlikely relationship between a state trooper and a 9-year-old boy is giving hope to thousands around the country. 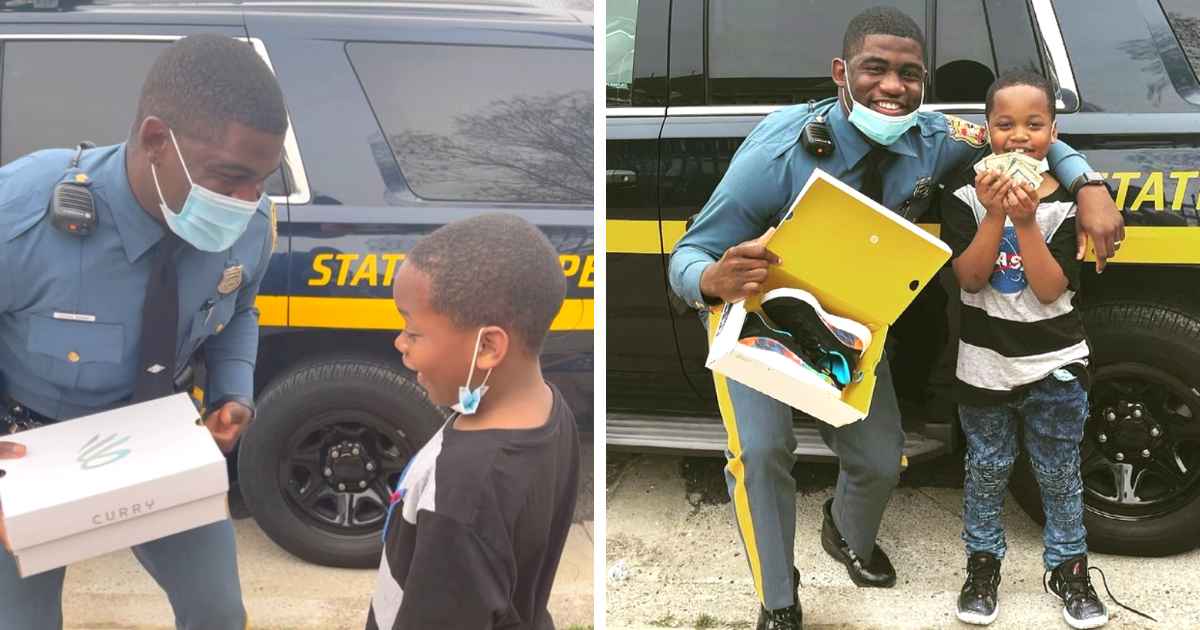 An Instagram video posted by Trooper Joshua Morris has gone viral where he can be seen on the court up against other youth in the area who challenged him to a few games.

He was running around doing errands when kids recognized him and wanted to have some fun.

One of the players in the video is 9-year-old Ra’kir Allen, who is the commentator, cameraman, and Morris’s number one fan. “His charisma, his character…I just loved,” said Morris. “That reeks through his pores. I loved it.”

Morris recently joined the Delaware State Police Department, says what attracted him to Allen was his spirit after he was challenged to a few games some days ago. He even met Allen’s mother and surprised him with a pair of sneakers designed by Golden State Warriors star Stephen Curry.

He heard the fourth-grader in the video constantly comparing him to Curry and was inspired to gift him the Steph Curry sneakers. “He’s kind. He’s nice, and he likes basketball,” Allen said about Morris.

His mother, Elveria Griffin, said, “I thought it was so beautiful to see the reaction on his face.” Morris has a master’s degree in education, and so he feels he is naturally drawn to children.