US Marine Saves Toddler Thrown From Balcony Of Burning Building

A 28-year-old security guard was hailed as a hero for saving the life of a 3-year-old boy during a fire at an apartment building in Phoenix.

Phillip Blanks was a star football player at Michigan’s Kalamazoo Central High School, he was a wide receiver when he went to Saddleback College in southern California and also completed a stint in the Marines.

It seemed all that was preparing him for what happened on the morning of Friday, July 3 when he was at a friend’s apartment and heard screams. Without even taking time to put on his shoes, he ran out and toward the chaos.

“Instinct. There wasn’t much thinking. I just reacted. I just did it,” he said. A fire had broken out on the third floor of a building, and a mother stood on her balcony which was engulfed in flames holding her 3-year-old son, Jameson, nowhere to go.

A video clip shows people in the background yelling to her to toss her son down, but there was no place for a soft landing, as the ground was covered in rocks.

Blanks saw that a man was waiting below to catch the child, and as the mother dropped her son from the balcony, Blanks raced up to the scene. 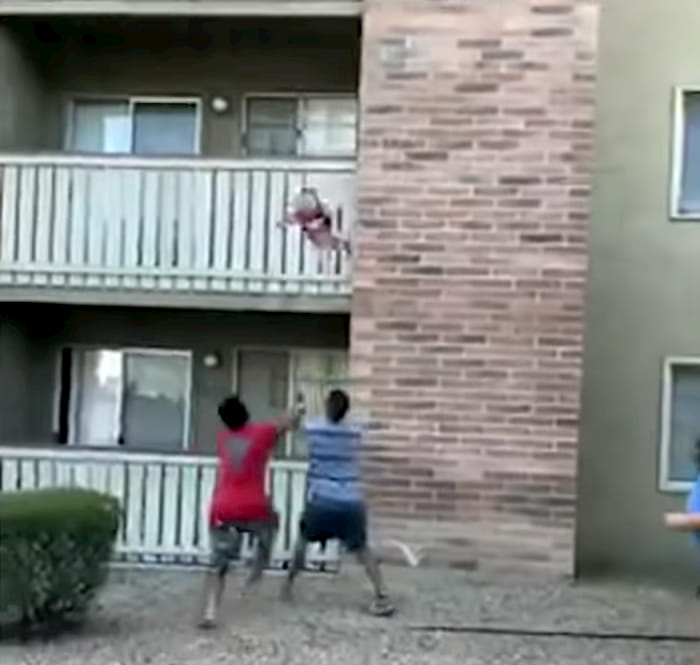 Blanks knew the other man wasn’t going to catch the boy and made the call to dive for him, saving him from a potentially fatal landing. “He was twirling in the air like a propeller,” Blanks said. “I just did my best. His head landed perfectly on my elbow.”

“His ankle got twisted up as I was diving. The guy who was there with me — it looked like he wasn’t going to catch him. So that’s why I stepped in. I just wanted to make a better catch.”

Blanks credited his football experience with giving him his catching skills, and it was truly an amazing catch. “I immediately got tunnel vision of the baby and somehow managed to catch him,” Blanks said.

Once the mother, 30-year-old Rachel Long had dropped her son to safety, she ran back into the apartment to check on her 8-year-old daughter Roxanne, who was still inside. 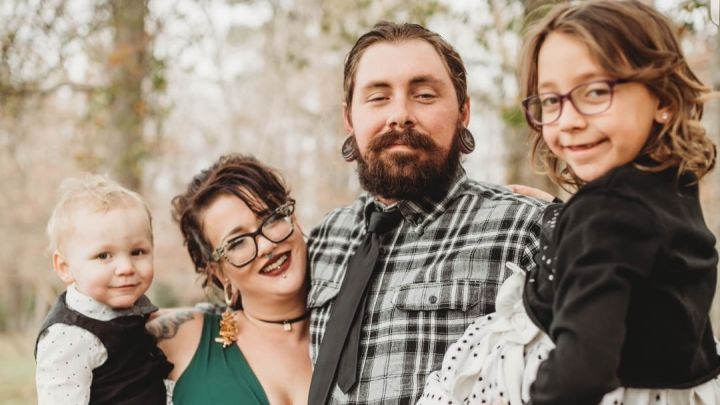 A man who was passing by on his way to work heard someone screaming about a girl trapped in the apartment, and he ran to the rescue. “I heard someone scream for help and I found the girl on the floor and carried her outside,” D’Artagnan Alexander, 42, said.

“Everything happened so fast. I didn’t have time to think, my body just kicked into action and I went in.”

While both children experienced burns, both of them are expected to recover, though they are facing several surgeries, according to a GoFundMe set up for the family. Tragically, their mother died saving her two children. 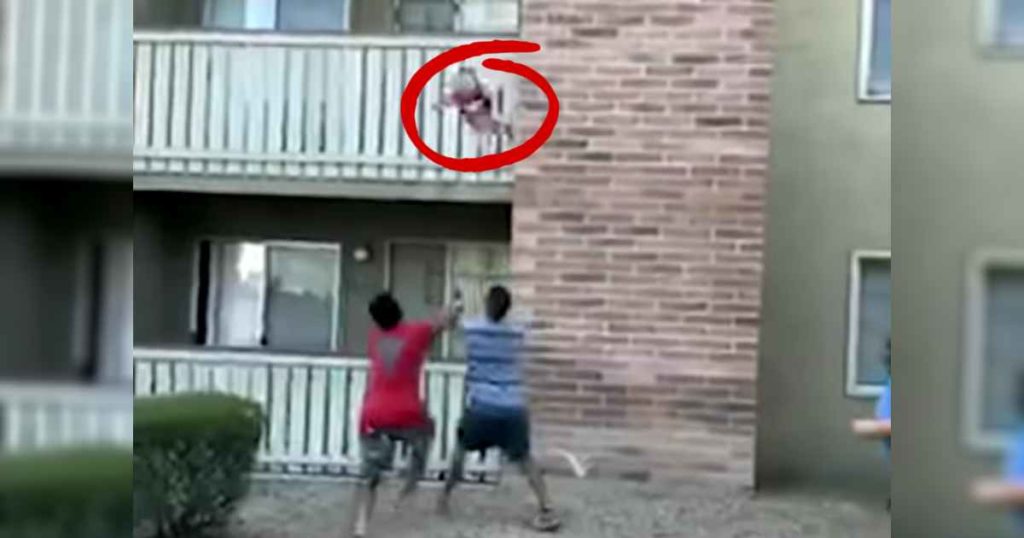 When Blanks heard about the other rescuer saving the sister of the child he’d saved, he had to know who it was. “I reached out to a reporter at a local Phoenix station,” Blanks said. “I wanted to find the man and thank him. He deserves more recognition than I do.”

“Phillip sent me a text and he thanked me for what I did,” Alexander said. The two bonded over this shared experience, and are now unofficial members of the Long family. They’ve pledged their help to Corey Long, the father, and a GoFundMe account has been set up for the grieving family. 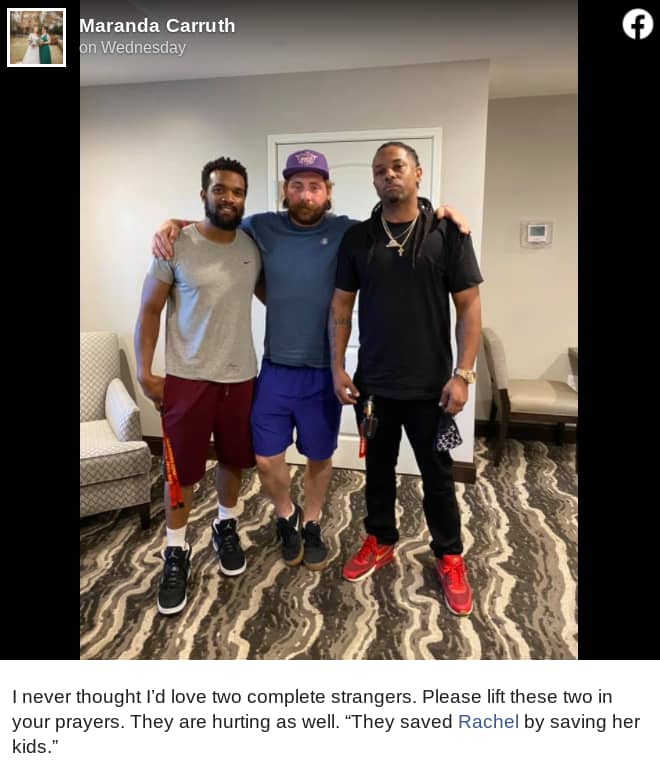 “So today they met the hero’s,” an update on the GoFundMe page read. “They cried together, they prayed together, and they are hurting together. We have never been so grateful for the love of strangers. They will always be family now. Thank you from the bottom of our hearts.”

Blanks also said that God put him “on this path,” but he still doesn’t see himself as the hero. “The mother, she was the real hero of the story,” he said. “Because she made the ultimate sacrifice to save her children.” 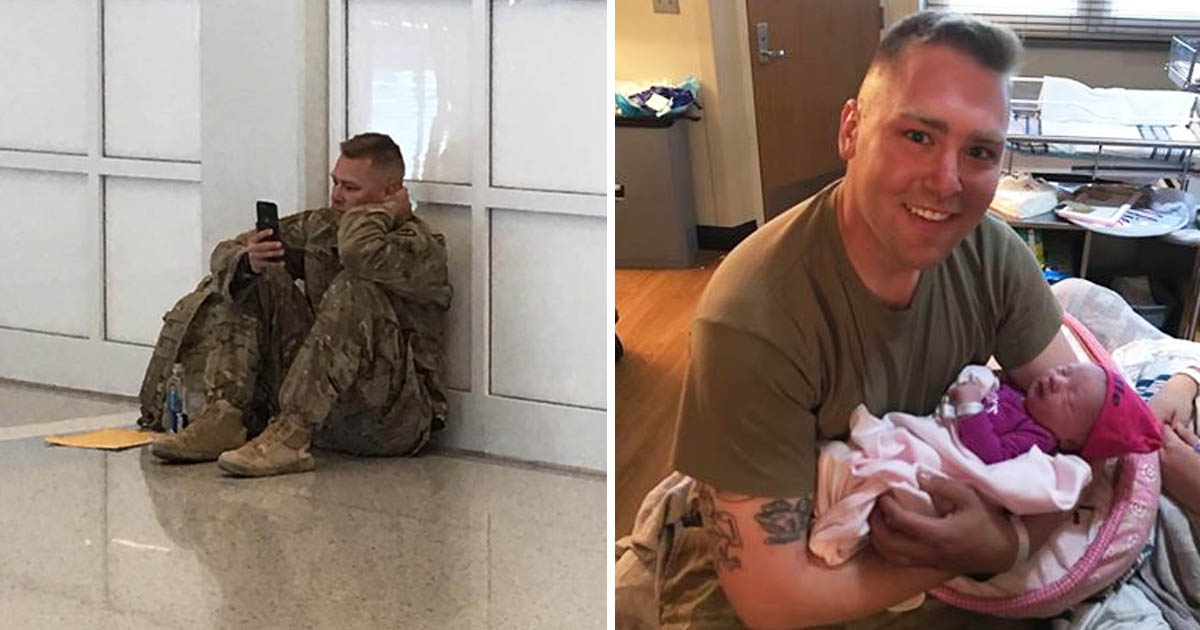 Due to the delayed flight, an Army Soldier was helpless to reach home in time for his wife’s delivery. He ended up... 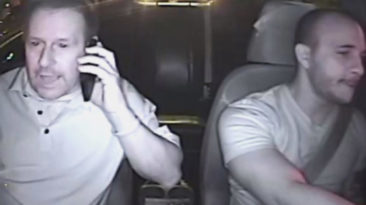 “Someone asks for one mile, go with him two, Give to the one who asks you, and do not turn away from the one who wants... 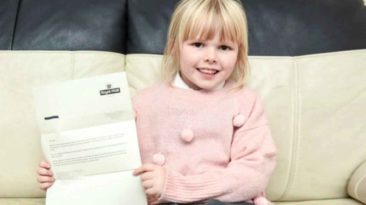 A 6-year-old girl sent a Birthday Card to her daddy in heaven, and even got back a reply. UK resident, Hollie Morgan... 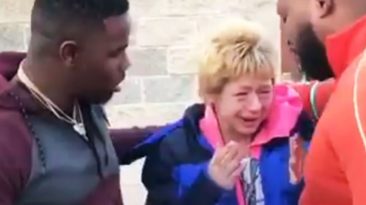 Brothers See Woman Struggling To Pay For Gas, Gives Her Money. Then Realises The Heartbreaking Truth 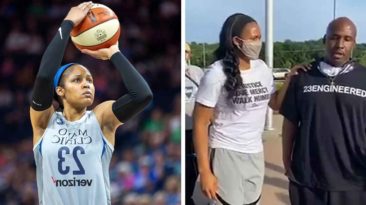 Not very often do we see a person leave a successful career to help someone else, and when WNBA star Maya Moore decided... 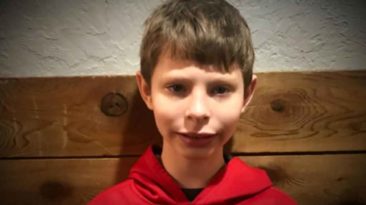 Oklahoma officials are now scanning thousands of adoption applications after a 9-year-old boy’s request for...