A woman from Philadelphia, drives around in her car filled with stuffed animals and hands them out to seniors every Christmas. 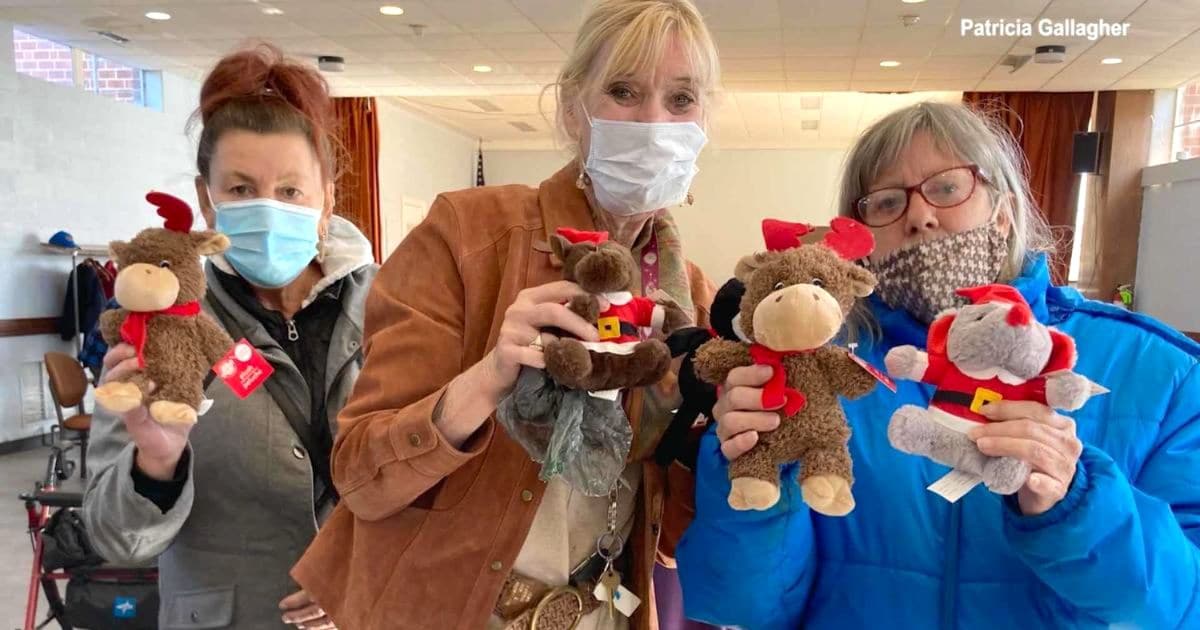 Patricia Gallagher has been following the tradition of handing out toys to the elderly people at nursing homes since 2009 and by now has given out thousands of toys. It all started 13 years ago, when she called two random nursing homes and asked them if she and her mother could come read Christmas stories to them.

She brought some toys of her children along with her so that the seniors could hold them while she read them Christmas stories. However when the time came for the toys to be collected back from them, to go to the next nursing home, they did not want to give it back. They thought she had given them a gift.

“Who would think that elderly veterans would want stuffed animals? But they did. Not only for comfort, but they were conversation starters. It reminded them of when they were a kid,” she said.

Patricia is also known as the “Happy Flower Lady” around Philadelphia, because she collects old flowers from stores and passes them out to anyone who needs a pick-me-up.

Wanting to continue the tradition of giving during Christmas, Patricia had put up an ad on craigslist for gently used soft toys/stuffed animals. Her ad received immense response, within two years, she had received more than 11,000 donated stuffed animals. As of now, she is putting a cap on the number of toys she takes in, 250, per week during the holiday season. And she takes them to senior living facilities and homes for veterans and retired nuns.

“I’ve always heard of the giver’s high – I didn’t know what that meant – but honestly, when you give, you really do get more back,” Gallagher said. “Every morning, whether it’s the flowers or the stuffed animals, I have a purpose.”