While parents of school children are searching for ways to keep their kids occupied since schools have closed due to coronavirus, two children are setting goals for others to follow.

9-year-old Taran, 6-year-old Calliope and their mother, Rebecca Tien, of Columbus, Ohio, are showing the world endless possibilities of these turbulent times.

Both the children play the cello, and they’re both home due to school closures.

Their neighbor, Helena Schlam, is 78 years old and has self isolated as a preventative measure. Tien offered to pick up the elderly woman’s groceries or whatever she may want. But the neighbor said she was set and so Tien found something else they could help her with.

So Taran and Calliope played the cello for Schlam on her front porch and brought some music into her life. The scene was captured by another neighbor, Jackie Borchardt, who shared it online. 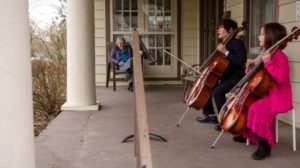 The video has received plenty of appreciation and some felt encouraged by it, comparing it to Italians playing music and singing from their balconies. “I loved watching how delighted they all were,” Tien said.

“It was one of those moments where you feel like you’re a part of something incredible. It was also a good way to remember the value of connection, especially at a time like this when everyone feels disconnected. Just to know we were a part of something so sweet, even just for a minute, meant a lot.” 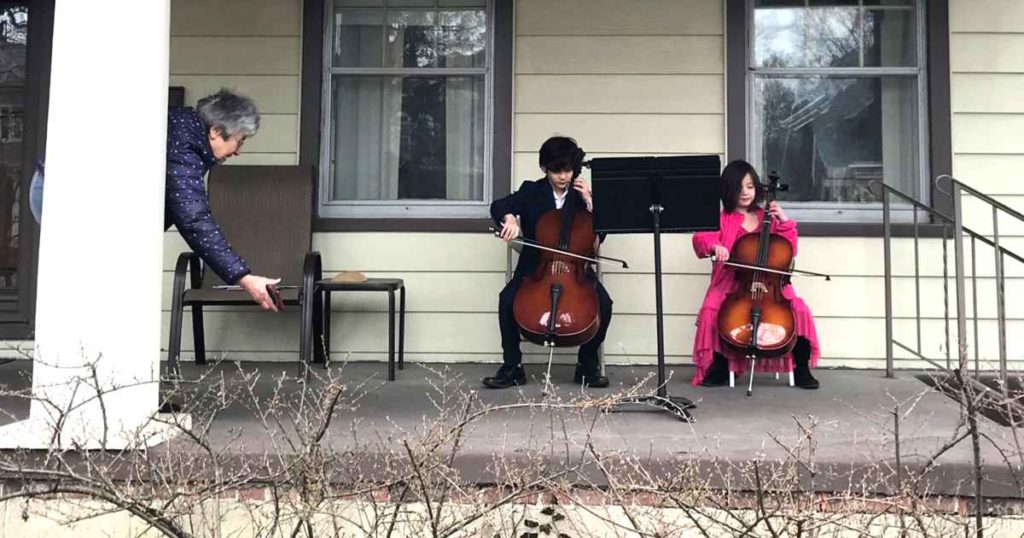 The video shows Schlam sitting out on her porch, clapping and praising the young musicians, a sign that she thoroughly enjoyed the gesture.
“Also, to be clear: elderly neighbor is not ill and is quarantining to protect herself from outside factors,” Borchardt elaborated. “She briefly came outside and sat on the edge of the porch, about 10 feet from the performance.” 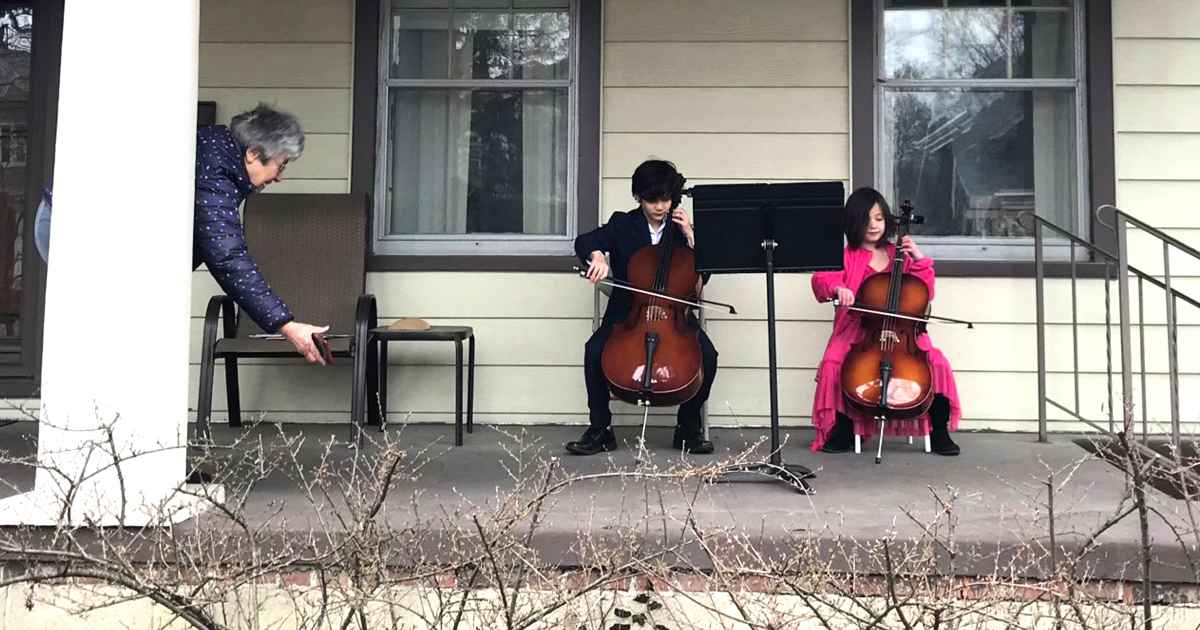 Schlam said she was a very appreciative spectator. “It was so delightful,” she said. “It was a little cold but I just put on an extra coat. The kids are really quite talented and it was so much fun.”

“I haven’t been out of my house for five days, and I won’t be out anytime soon,” Schlam added. “This was a delightful break for all of us. I love all the kids and I love music. It was such a real gift.”

Tien said, “Obviously I am proud of my kids for doing something kind and I’m glad for them to have that experience and get out and do something exciting in these strange times. But it also is important because it shows we can still have connections right now. I needed that reminder, too.” 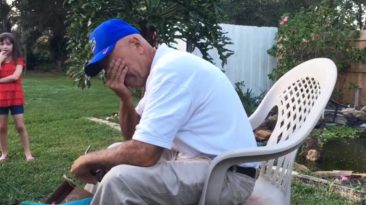 A Whole Litter Of Kitten’s Finally Reunites With Their Mom After The Rescuers Saved Them From A Factory!

Let me thank these kind rescuers who have saved a whole litter of tiny kittens from a factory and brought them all in a...

Melissa Fahy and her father Alan Cook were renovating their Westfield, New Jersey home, when they found an old typed... 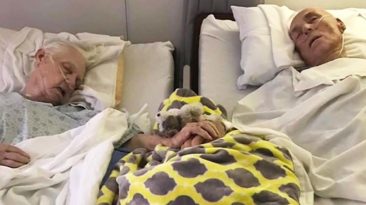 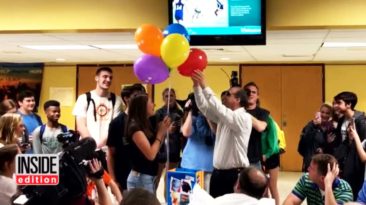 Students at Methacton High School in Eagleville, Pennsylvania raised more than $500 for their history teacher Matt... 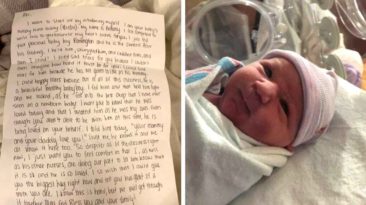 When the time draws near for the baby to be born, it can be nerve-wracking for any mom-to-be. But now with the...