It was a heartwarming moment when a couple received the best gift on their wedding day when they heard their late son’s heart beating again.

The Texas couple met the man who received their son’s donated heart during the ceremony with a stethoscope. Their special day became even more special when they heard their son’s heart beating after many years. Colton passed away at the tender age of 11 years.

In 2012, Monica and Dean Berckenhoff of Willis, Texas, lost their eldest son, Colton, after his death, they decided to donate his organs, his heart was donated to Travis Stufflebean, who was born with a defective heart. He had tried many hearts before receiving Colton’s which suited him perfectly.

Monica and Dean Berckenhoff were in a courtroom waiting for a judge to marry them, when they were introduced to surprise wedding guest Travis Stufflebean, 28, of Fayetteville, Arkansas. Monica’s sister, Amanda McDonald, had set up the moment for the Berckenhoff’s, it was a big moment for Stufflebean as well, who says he was waiting for this meeting for a very long time.

Watch the touching video below.

“Because you’re bringing the heart back home. To me, this is just a temporary heart. I’m just borrowing it. To me, this is where it belongs. With this wonderful and awesome family,” Stufflebean told them.

This story has touched us because even though Colton is not alive, he has given the gift of life to so many people through organ donation, which is the greatest gift anyone can give. 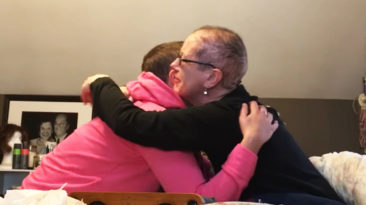 When This Daughter Took Off Her Hood, Mom Moved To Tears! 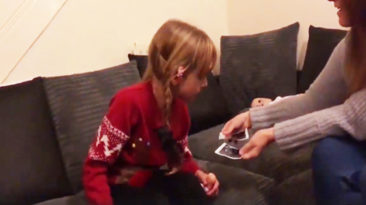 Deaf Girl Finds Out Her Mom Is Pregnant And Priceless Reaction

A deaf little girl has adorable reaction to finding out she is going to be a big sister. The video shows a mom signs to... 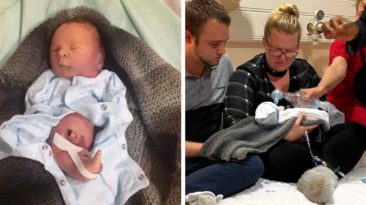 A new baby born with his legs fused together resembling a mermaid tail passed away 24 hours later in daddy’s arms... 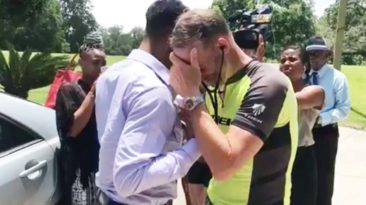 The young man named Brandon, works as a cashier in The Sprouts Farmers Market In Phoenix never thought he will get a... 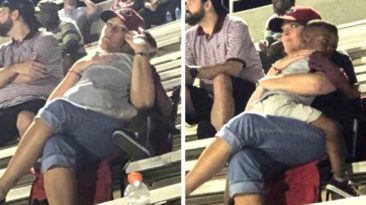 A viral picture of a 5-years-old boy cuddling up in the arms of a stranger at a football match has warmed thousands of...